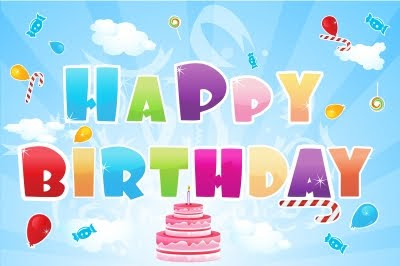 Olive Tree Genealogy actually began sometime in the winter of 1995 but it wasn't until February 1996 that it was given space on the old Rootsweb site. Imagine – my site has been on the Internet for 23 years - that's a LONG time for a website!

I am often asked why I created Olive Tree Genealogy. After my husband died in 1993 and I was injured at school by a student, my enforced inactivity and loneliness was pretty tough to take. A friend suggested I learn how to set up a website on this new thing called "the internet".

Many of the big sites we use today did not exist when I set up Olive Tree Genealogy. CyndisList came online right after me. Rootsweb started up around the same time. Ancestry.com didn't exist. Hard to imagine, isn't it?  Olive Tree Genealogy is a senior in Internet days. Back then the few genealogy sites online were, as all sites were, battleship grey with no fancy bells and whistles like search engines!

I started with one ships passenger list and some historical articles I wrote about Huguenots, Walloons, Loyalists and Palatines. That one ship's list was so popular and I received so many requests for more that I began hunting for others. Now Olive Tree Genealogy has over 1,500 ships lists online. And they're all free. Everything on my site is free. No strings attached.

Truthfully I've lost count of how many pages and data (names of individuals) are online now.  I've also lost track of how many times I've attempted to come up with a more manageable navigation system for the site! It's so huge and covers so may topics that it's pretty much impossible to make it simple or easy. So fair warning - visiting Olive Tree Genealogy is like going to a relative's home that they've lived in for 23 years (see what I did there?) and it's had additions added over those 23 years. So many additions that it's a bit like a maze but you love it anyway because it's warm and cosy and a very friendly place to be. You also know that you can't visit in a half hour or even an hour, you have to plan to stay for awhile.

So please drop by Olive Tree Genealogy and stay awhile. With any luck you might find an ancestor or two!
at February 05, 2018

Congratulations on 23 years! You were a pioneer and have built up an incredible website. I have often looked at the ships' passenger lists. Palatine links and Canadian links. Thank you for all the time and energy you have put into genealogy.

Thanks very much for the information and 23 years of dedicated research. Congratulations and can't wait to see what's coming in the future. Judy

Wow! What an accomplishment. Thanks for all the wonderful information you provide. May you have many more happy blogging years ahead.

Yours was the first web site I discovered when I started. Today I will be exploring Loyalists and Walloons.

A quick question. In your experience would a widow with children be refereed to as Miss in the newspaper when she married (again)? Just when I thought I knew who I had and where I was going I've run across the same name but she is married with husband and children leaving NY in 1783. The time could be right and the location could be right. I'm going to try to trace this woman but sometimes the trail goes cold between arriving in N.S. and then finding them again 5 years later.

Happy Web-birthday! I believe I discovered your wonderful site in 1997 or 1998, and have used it often. You have created a wonderful site, and you have my heartfelt thanks for all your hard work.

Congratulations on your 23rd anniversary! You were a real pioneer, and that's a legacy to be proud of.