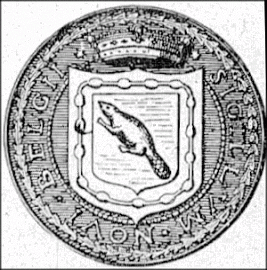 Cornelise's nephew Willem Pieterse Van Slyke and his descendants were briefly discussed in my first book on the Van Slyke family "The Van Slyke Family in America: A Genealogy of Cornelis Anotnissen Van Slyke, 1604-1676 and his Mohawk wife Ots-Toch, including the story of Jacques Hertel, 1603-1651, Father of Ots-Toch and Interpreter to Samuel de Champlain". In the years that followed, I realized it was time to give Willem a book of his own.

Sometimes one event leads to another serendiptious finding. Such was the case with this book. During my four year research period on this book, I was researching other families for a planned series on New Netherland settlers and compiling notes. In-depth research on the Straetsman family led me to an unexpected revelation of a family connection - one which affects Van Slyke and Barheit descendants. You will read about this in the chapter on Pieter Willemse Van Slyke and his wife Johanna Barheit. Other mysteries were solved along the way, and I hope that Van Slyke descendants are pleased with my findings.

Part I is a history of the Dutch in New Netherland including chapters on the Origins of New Netherland, Rensselaerswyck Beginnings, Fort Orange & Albany Beginnings, Early Settlers & Immigration, Religon, Money & Money Substitutes in the New World, Patronymics, The Settlement of Kinderhook.

Part II is on the origins of the Van Slyke family in the Netherlands (inlcudes new information from commissioned research).

Part III is about the Immigrant Van Slyke Ancestors in the New World with chapters on Cornelis Antonissen Van Slyke and his nephew Willem Pieterse Van Slyke.

Part IV discussses the second generation with individual chapters on each of Willem Pieterse's six children and their spouses.

Part V is the Genealogy Report to 5 generations. Included are charts, maps, a bibliography, glossary and timeline.
at July 22, 2008

Thank you! Cornelis Anotnissen Van Slyke and his wife Ots Toch are my 11th great-grandparents and I always found the information I have about them fascinating!

Congratulations on the publication of your new book.
It is a small world - looks like you, Thomas MacEntee and I are all "cousins" as Cornelis Antonissen Van Slyke and Ots-Toch are my 10th great-grandparents, as well!

You are a wonder "Wonder Woman."

Congratulations on the book!