We were in Arkell Ontario this past weekend. Some of my father's ancestors were in the group of first pioneer settlers in 1831 and I wanted to see if their tombstones survived. There are two cemeteries in Arkell. 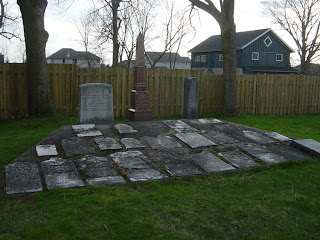 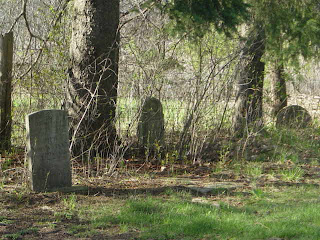 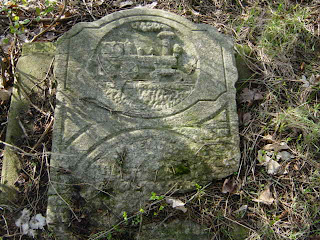 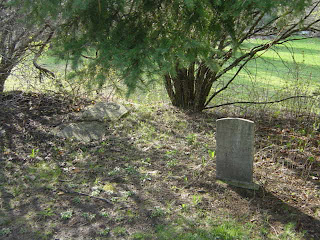 At one side of the cemetery is a garbage dump, very near the neglected and overun tombstones at the back. There is a small grove of trees with a pit full of household garbage. Since the cemetery backs on to homes, it appears that the local homeowners are using the back part as their own private dumping ground. The photo we took of that didn't turn out so I can't show it but you would no doubt be disgusted. 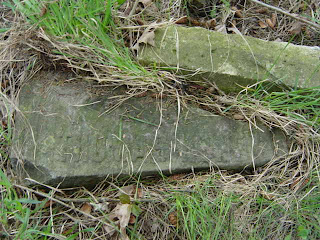 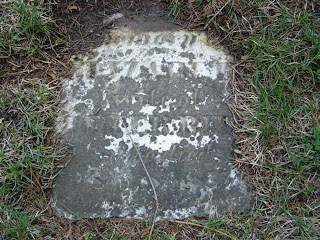 My Peter Bell and his wife Elizabeth are buried there. Peter's stone stands quite near the front gates, but Elizabeth's has toppled and is almost completely buried by the grass that has overgrown around and over it. They came to Arkell in 1831 and were among the first group of hardy pioneers who braved many hardships and separation from family and friends in England to settle here. Do they (and all the others) not deserve more respect?
at May 06, 2009

This is so sad. I wonder whether a Scout-Guide group might want to take it on a as a special project. They could at least help to clear everything away and inventory the site.
One of the problems happening in Quebec, is that the ethnic make up of certain areas is changing, for instance, English-speaking Protestants have left certain areas and been replaced by French-speaking Catholics so after awhile there's no one left to help care for the stones.
Bells you for raising awareness of the issue - that's the first step.
Evelyn in Montreal

It doesn't matter what ones ethnic backgroud is English, French, etc.etc. have some respect for our pioneers, the town people and mayor if there is one should be ashamed of themselves. Come on your citizens of Farnhame get off of your duffs and organize a cleaning bigrade and clean up the cemetery.Don't forget one day you'll all meet and have to account for your actions, no matter your religion
Audrey