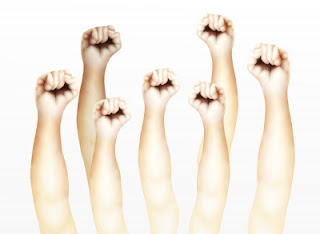 Word is out that a reliable source at Library and Archives Canada has informed bloggers that the 1921 Canadian census has been digitized and is on the LAC server ready to go BUT... the Federal Government has ordered it held and not made public.

According to the source, those in power believe that the only people interested in this 1921 census release are "3 little old ladies in Kingston". So we all need to get involved and show them that there are thousands of genealogists and historians who want to study that census.

Here is who you should write to (or phone)

Local MPs- see the list to find your MP, complete with email addresses

Fellow Canadians - please WRITE THOSE EMAILS!! The 1921 Census could be a long time coming if you don't act. Tell the government how important this census is to you. It's best if you write your own email but if you want to use mine as a template, here is a copy of the email I sent.

It has come to my attention that the 1921 Canadian Census has been digitized and is ready for release to the public but the Federal Government has put it on hold. Statistics Canada released it to Library and Archives Canada on June 1, 2013 and it was to be released to the public soon after.

As a Canadian and a genealogist this census is very important to my continued research. There are tens of thousands of genealogists and historians who will benefit from the release of this census. I urge you to approve its release as soon as possible.

Email sent! Thanks for this important info!

I understand that the 1921 Census of Canada is digitized and is ready for release, but the Federal Government has put this on hold. I have been waiting for this census and I am disappointed.

I am a hobby genealogist and I am researching the history of my Holmes, Moore and Vasseur families. My father, Donald Moore, was born in 1922, the year following the Census. He attended the Prince Edward School where your grandfather was principal. The Moore family lived right down the street from the school, and I attended my first six school years there as well. I was excited to see the information on this census and to update my research. I am working on a booklet to give to those who attend the reunion of my mother’s Holmes family next summer here in New Brunswick, and I had hoped to use some of the information on the 1921 Census.

If the release of this Census has truly been put on hold or if the Federal Government feels that it is of no interest to Canadians, I want you to know that I have been waiting for this and I, for one, am truly interested in both my family and my country’s history and I urge you to reconsider this decision and release the 1921 Census of Canada as soon as possible.

Done! I happen to live in Moore's riding and have written him before. He usually responds, so it will be interesting to see what he has to say.

All this over an anonymous source. I would have thought that genealogists who put their trust in evidence would not jump to conclusions and accuse the government of unwarranted delay. The LAC website for months has indicated that there will be a few weeks delay between their receipt of the images on or after 1 June 2013 and the launch of public access. That said, I see no harm in expressing enthusiasm for the earliest possible release to the public and, for that matter, to have the law revised to make the 1931 and 1941 censuses available on an accelerated schedule to match US timelines. Now that would make a big difference.

Sent with Pride ....This needs to be released immediately.

Thanks for everyone's support. We are up to 500 signers already. Pass it on!
It is worth noting that the few weeks statement was made on the 4th of June. It was also reported that StatsCan gave them the records on January the first.
It's hard to wait, though. All the best,
Bill

Anonymous - Normally I'd agree with you - believing a source who is anonymous is akin to taking seriously someone who comments anonymously.

But in this case - the two genealogists who had personal phone calls from this source (they know who it is, but they quite rightly are not sharing the name with the rest of us) are trustworthy responsible individuals.

So I do believe it. And that is why I'm on the bandwagon to try to get some action.

To: The Right Hon. Stephen Harper

I understand that the 1921 Census is being stalled because only three old ladies in Kingston are interested in it. I assume by that you mean two things: (1) three is not much, and (2) the needs and opinions of old ladies—old Canadian ladies—do not count.

I would respectfully point out that every old lady has a vote, and, by the way, we are increasing in number, daily. And we talk to each other about stuff like genealogy and who to vote for in the next election.

Please release the 1921 Census immediately. No excuses now or else we’ll sic our children on you.

I tried to send an email to Mr. Harper using the email address provided and it was returned as "undeliverable: :(

Anonymous - the email addy for Stephen Harper worked fine for me.

Are you sure you copied it correctly?

Anonymous - I meant to suggest you COPY and PASTE rather than type it out manually. Perhaps you are confusing the "l" in "parl" for a number 1?

Apparently someone called the office of James Moore, Heritage Minister, last week, and was told that the holdup was not with them but rather with the LAC, and that James Moore's office is trying to encourage the LAC to make it available immediately.
The LAC also has a facebook page.