Owning a Piece of Someone's Life

Many years ago I bought a book at a local Garage Sale. Inside was the owner's name "Millicent Lynn", and a hand-written genealogy. I knew Millicent slightly, she was an elderly woman in the town where I lived in the 1970s. Millicent was a gentle lovely-looking woman who looked like Helen Hayes and always wore gloves, a dress, and carried a purse over one arm much like Queen Elizabeth. Millicent's son and grandson owned a local business in our small town.

A handwritten inscription inside the book reads "To Cousin Millicent with love from Olive Gay and all cousins at Grenfell Saskatchewan. March 1981" (Millicent was Millicent Lynn, mother of the Mayor of Midland Ontario)

It was through Millicent's grandson that my husband and I met some some twenty years later. My future husband worked for Millicent's grandson and when I published my first book The Van Slyke Family in America: A Genealogy of Cornelise Antonissen Van Slyke, 1604-1676 and his Mohawk Wife Ots-Toch, I was directed to his office for assistance. 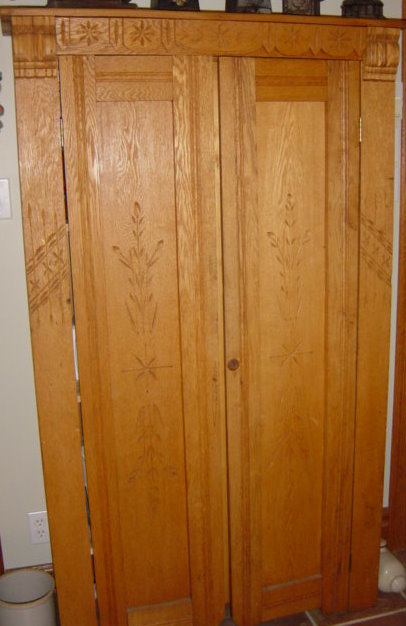 With all these connections and treasured objects in our home, I began to feel that we owned a little piece of Millicent and George's lives, and that to complete the circle we needed to find out more about their lives and ancestors.

With that in mind I set out to find Millicent and I'm happy to say that I found her arrival in Canada from England on the Ship Metagama in 1919 as well as many other voyages back and forth between England and Ontario. Millicent arrived at St John New Brunswick on 17 February 1919. It looks like she had $50.00 on arrival, and she was headed for her mother-in-law's in Penetanguishene Ontario 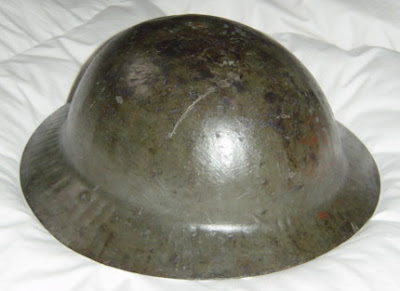 This is George Lynn's WW1 helmet that is part of my husband's WW1 Collection. I also found George's WW1 Attestation Papers and many census and vital records for George, his parents, his grandparents and so on back to 1814.

Now I feel that the journey is complete and I will pass this coincidental genealogy on to Millicent's grandson.
at May 24, 2017

I love the title of your post today! It is very true. Those pieces we collect are the pieces of someone's life.