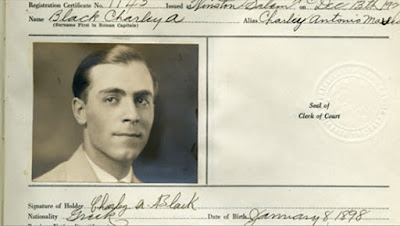 Alien Registrations are a valuable genealogy resource for finding ancestors. An alien was any individual who had not naturalized.

From November 1917 to April 1918 all those considered alien enemies were ordered to register with the U. S. Marshal in the county where they lived.

World War I Alien Registrations in the United States
All states were required to complete alien registrations but not all records were kept.

Registrations from 1940-1944 are on microfilm at INS. To obtain copies of AR-2 Files, you must submit a request identifying the immigrant by name, date of birth, and place of birth to the INS (now BCIS), Freedom of Information Act program.

The following Alien Registrations can be found on NaturalizationRecords.com

Links to the following registration for Aliens are also found at NaturalizationRecords.com