Claire sends photos of this American Dog Tag. Her grandfather found it in or near Whittington Barracks, Lichfield, England.

With only one name (Buddy) it seems like a rather unusual soldier's dog tag to me. I'm wondering if the U.S. Army used dogs and issued tags for them.

Hopefully one of Olive Tree Genealogy's fabulous readers will know something about this I.D. tag! UPDATE: I just found reference to A.P.O. 874:

APO 874 was located at Whittington Barracks, Lichfield, England during February, 1944 to May, 1944. This Army Post Office serviced the units assembled in the Lichfield area of England for the invasion of France, which started on June 6, 1941 [http://en.allexperts.com/q/Military-History-669/WW-II-Replacement-Co.htm#b] 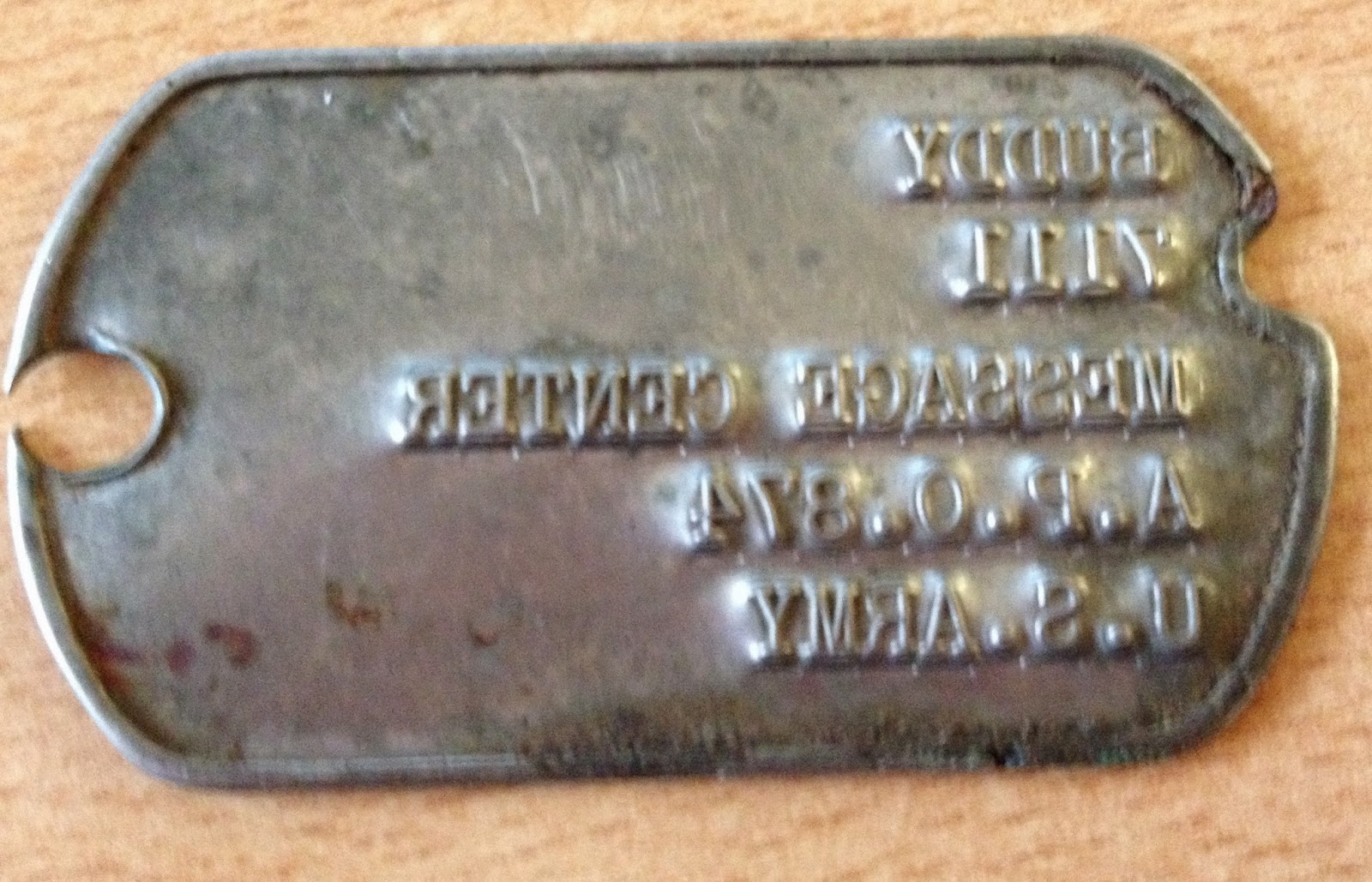 We have five unsolved cases of soldiers' dog tags for anyone wanting to put on their sleuthing hat!

The open cases are:

My father was at Normandy and assigned to supply. They also used horses and horse-drawn carriages, believe it or not.