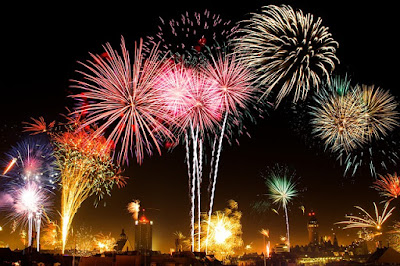 That moment when your heart skips a beat, your hands tremble and you breathe just a little faster. Sounds like love doesn't it? But I'm talking about the most exciting, thrilling moment you experienced in your genealogy research.

Have you had one of those moments? Mine was when I held the original document from 1808 for my 4th great uncle John Peer. I had hunted for this document for over 20 years. It was listed in an index to wills but was not found on the microfilm reel for those wills. The wills were in alphabetical order but John Peer was not there under any variant spelling. I double-checked, triple-checked - could it be Beer? Leer? Pierre? Pear? Peare? Bier? Biere? and on and on it went.

After a few years of mulling over this, repeatedly asking Archive staff for help but finding they were as puzzled as I was, I decided I would search the entire microfilm one document at a time. That took me a few years to finish as I could only periodically get to the city where the Archive was.

Finally one year I finished the entire film without finding the entry. I reported this to Archive staff and asked if I could search the original documents in storage. That wasn't an idea that staff liked, and they insisted I must have overlooked the will in the microfilm.

A few years passed and finally I talked to a sympathetic archivist who helped me fill out a request for the original wills in Box 23 (which contained original "P" wills).  Two days later I was given the box and I carefully looked through it.

There it was. John Pierre. A document (not a will) dated February 9, 1808. As I gently lifted it out of the box, my hands shook. I could hardly breathe.

And there was the proof I had been looking for - that John was my ancestor Levi Peer's brother.

9 Feb. 1808:  Petition of Levi Pierre [sic] "..that John Pierre, your Petitioner's brother, died as your petitioner believes, without a last will and testament, your petitioner being the older brother and next of kin to the deceased..."

Anyone who is not a genealogist will likely never understand the excitement and anticipation I felt holding that document.

What was your most exciting genealogy find? And how did you feel when you found it?

My moment was after searching the Library and Archives Canada online for a few years and finding a marriage bond from 1836 for my gr. Gr. Grandparents. There was a signature of the father of my gr. Gr. Grandmother which proved her family name and then I was able to find her mother.

It happened in 2011, when I was preparing to travel from my home in Oregon back to GA to see family, and then on to VA to visit Yorktown over the 4th of July. The brick wall on our Fletcher line was finding anything prior to the birth of our ancestor, James Fletcher, b 1786 in NC. (Professional genealogists at a conference in San Francisco had referred to NC as the "black hole of genealogy" years before, so we were kind of resigned). However,the first time I visited family in GA in 1999 (after finding them through genealogy) I was given the privilege of handling (with gloves) old store ledgers from the 1840s or 1850s in the Lumpkin Co. library (GA). There were several listings for Fletchers, and census records showed that mine were the only ones by that name in the area at that time. (Yay!) However, the name Reuben Fletcher showed up in the ledgers, but we could not find him on the census for GA or NC. Fast forward to 2011, when I'm comparing notes with my cousin in NY, another Fletcher descendant and a very brilliant researcher (who I did not know back in '99). I asked him if he had ever come across the name "Reuben" in his searches--you could have seen the light bulb come on between us as he said, Yes, I have, in a will!!! A will by a Reuben Fletcher of NC that says, "My son James of Georgia."!! Woohoo!! That led me to Tappahannock, VA in Essex Co., where we were able to learn quite a bit more about our Fletchers, including the fact that Reuben was born in 1754 and served 2 tours in the American Revolution. We knew from a DNA/Surname project that we descend from William Fletcher of Accomack, VA, ca mid 1600s, but we have yet to fill in all the gaps, find out where William came from in England, and how the family acquired their land along Piscataway Creek in Essex Co...but it's sure been an exciting ride so far!!

One of my eureka moments also occurred when I was staring at a probate record. I was at the New England Historic Genealogical Society in Boston on my last day of research there before getting on a plane to go home. I was searching through probate records, trying to prove which of the two wives of John Kent of Newbury was my ancestor’s mother. And, I found the evidence in the probate record of a relative of one of the deceased wives. I thought about doing a happy dance around the fourth floor of the library, but instead took the microfilm reel to a scanner so I could scan the probate file. I think I finished up about 5 minutes before the library closed. That was a very good feeling.

I spent about 35 years trying to extend my direct line just one more step. Over those years I developed a hypothesis of the next step but was never able to prove it. Then one day a couple years back, in an instant I found a probate record that definitely sealed the case. I had been right al along. The probate document answered many other questions as well. I wrote a 3 part blog post about my search and the find.
http://www.mormoncharts.com/603/genealogy-charts/prologue-finding-missing-genealogy-document-polson/

Mine came thanks to a Canadian War of 1812 enthusiast. For decades various members of my mother's family tried to identify the parents of Hannah Plato, wife of Joseph Johnson. A family story said she'd carried water to the troops during the siege of Fort Erie. Almost immediately after I put a query on an 1812 website a man asked for more information. Within 30 minutes of my reply he'd located her petition for land as the daughter of United Empire Loyalist Peter Plato, and sent me its image. When I saw her birth name and her husband's name–the true missing link–I jumped up and down with excitement. I'm just sorry Mom wasn't here to see it–she'd have been thrilled.
Hannah had indeed carried water to the troops–British ones. They'd camped on her father's farm.

In The Trees said...

What a great post! Mine has to be when I found the succession papers of a sibling of my 3rd gr grandmother in Bossier Parish, LA. In it, Sarah (my 3rd great) states that her brother has died and names all of her siblings, both living and deceased, their married names and locations as well as a few nieces & nephews. I did all of the research on each of the siblings in hopes of finding their parents. To this day, almost 18 years later, I've not found anyone who knows the names. It's a mystery. Sarah (mine) Gambill was born 1820 in TN as were all of her siblings. Her husband Michael Larkin was born in Ireland and he was a scalawag, so I'm not really sure that is his legit name.

Speaking of him, I found an index that showed him on the census 1860 in Hildalgo, TX but he was not on the roll of film. I went through the entire roll twice. I later accidentally found him where the page was scanned accidentally into another set of document. That was a stroke of pure luck!