The Confusing Maze of Genealogy Mixups in Names 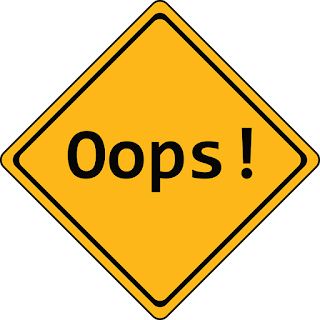 Several years ago I spotted this Q & A online and I tucked it away thinking one day I wanted to write about names and the perils of genealogy research if you are not open minded enough ....


What a great reinforcer of the idea that as genealogists we need to look beyond what we are familiar with. We need to think outside the box. Coming from a North American culture we might assume if we find an ancestor named Janos Kovacs that it's an unusual name. Not so!

What about spelling? How often have you found a name in a census or other genealogy record, that was close but not exactly the name you were looking for? Don't discard it! Look at other clues - spouse, children, ages, occupation, location - could it be your ancestor? Remember spelling didn't "count". Census takers and other clerks wrote what they heard (phonetically). Accents confused the ears.

My own ancestor's surname was Vollick. Sometimes it was rendered as Follick. Other variations I have found in documents are Valck, Volk, Valic, Falic, Folic. Why "V" and "F" interchangeably? Because the Dutch-German "V" can sound like "F" to English speaker's ears.

My immigrant ancestor's 'real' name was Van Valkenburg! How would I ever have found my ancestor if I hadn't kept an open mind and looked at other clues? And much to my initial surprise, Van Valkenburg is not an unusual name.

Another true example from my own ancestry - when Leonard-Tremi Le Roy left Quebec for New York, his name was misinterpreted by Dutch recorders as "Jonar" and then "Jonas". His surname Le Roy (pronounced Le Raw) was misinterpreted as Larrowa which evolved into Larroway.

So be aware that bad handwriting, inability to spell, accents, and other events can change an ancestor's name - and don't be so quick to assume, for example, that Leonard-Tremi Le Roy is not your 5x great grandfather Jonas Larroway. If both men have the same wives and children, same birth year, same place of birth, and name siblings who are identical, you can be pretty sure that you've just stumbled into the confusing maze of names in genealogy research.
at July 02, 2018

What about when a civil servant decide to translate a last name because he doesn't like the fact that it is German in a French Department close to Alsace shortly after the 1870 war? One of my step-aunt's mother became "Petit Prince" when she was actually born "Kleinprintz"! Annick H.

I appreciate your post on this subject. My Italian great grandmothers were both named Maria delVitto, and I have spent hundreds of hours trying to figure out who is who. Since there are no family members still alive who I could ask, I have really come to a standstill. Thank you for addressing this issue!