Since a picture is worth a thousand words, here are 16 thousand words about the RootsTech Conference held in Salt Lake City Feb. 10-12 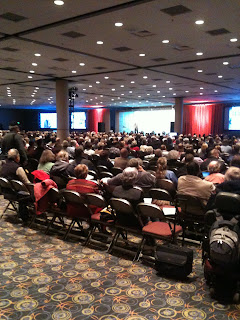 Part of audience during the Keynote Speaker. Note the large screens on either side of the stage. There were four in total so even from the rear you could see quite clearly. Two screens showed the speaker, and two displayed presentation slides. 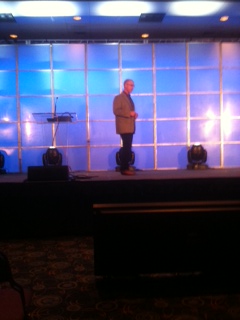 Keynote Speaker Day 1. When the lights dimmed and the rock music started up and the stage screens turned purplish blue I thought I was at an Apple presentation and Steve Jobs would stride out on stage. Wow! Talk about impressive!


Shane Robison, Executive Vice President and Chief Strategy and Technology Officer of Hewlett–Packard Company was extremely interesting. His talk started the Conference off on exactly the right foot. 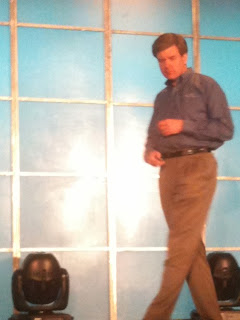 Next we heard from Jay Verkler, CEO of FamilySearch International. Great talk and Mr. Verkler gave us much to think about. 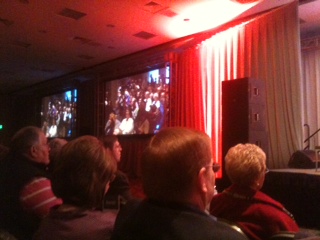 We bloggers had reserved seats in the front rows for Day One. 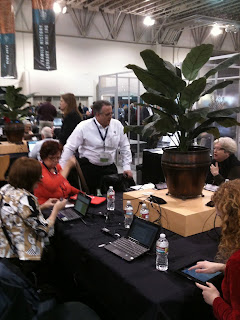 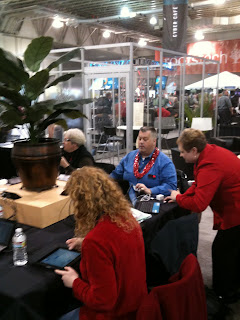 Note the plexiglass booths inside the Media Hub for our Audio and Video Interviews. 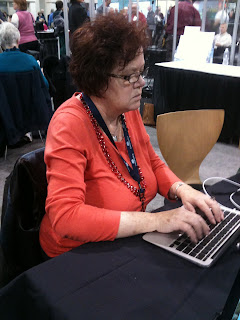 Hmmm... I look mad, but I'm just concentrating as I type inside the Media Hub! 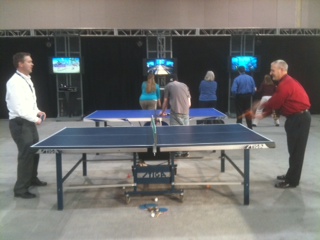 Relaxing in Microsoft's Playground. Here we have Paul Allen of World Vital Records and Dan Lynch, author of Google Your Family Tree Unlock the Hidden Power of Google

chillaxing with a game of Ping-Pong. (photo published with permission) 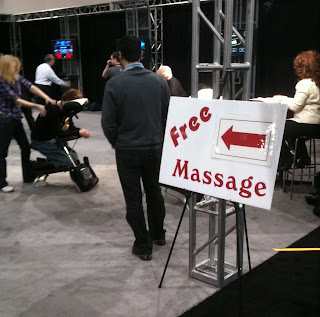 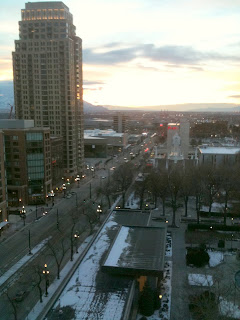 View from The Roof Restaurant in the Joseph Smith Building in Salt Lake City. FamilySearch provided the Official Bloggers and Media with a wonderful dinner at this restaurant.

The dining experience was amazing - good food and even better company. We met and mingled with FamilySearch personnel and other bloggers during the evening, and had a tour of the building. 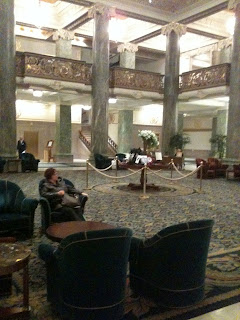 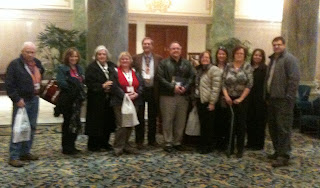 The bloggers! I had not met many before this night and this face-to-face meetup was great. 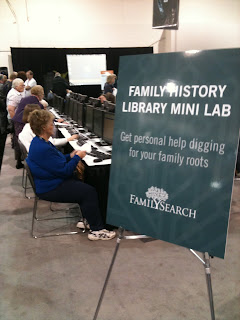 FamilySearch provided a mini lab in the Exhibit Hall where dozens of computers were set up for attendees to use freely. 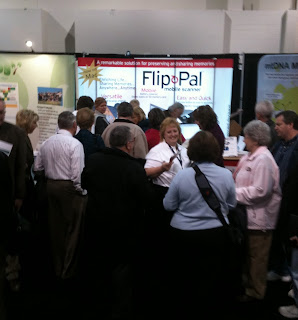 Flip-Pal booth was very popular.  I had an opportunity to chat with two of their staff about the Flip-Pal Mobile Scanner. (which I bought last September and love). I received an email when the conference was over telling me they sold out of all the units they brought to the Conference. 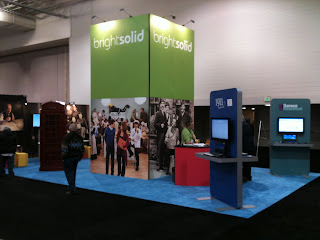 BrightSolid was one of the many sponsors of RootsTech and their booth was always busy with folks accessing records of Scotlands People for free. This photo was taken before the Exhibit Hall opened and that is why there are no attendees gathered around. 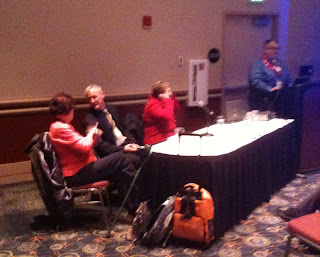 Thomas MacEntee's Panel on Self-Publishing. From left to right - me, Dan Lynch, Lisa Alzo and Thomas. It was a great experience and I heard positive feedback from the audience so I'm very pleased about that.

I was honoured to be asked to participate on the panel with such experienced self-publishers!


Disclaimer: I was invited to attend RootsTech as an Official RootsTech Blogger and as such received certain perks including free registration at the Conference. I am also a Flip-Pal affiliate and receive a small commission for sales made from my blog
at February 16, 2011

Great photos! I had to laugh at your "serious" blogging photo. Every picture of someone blogging at a conference looks like that. We're a serious bunch!

Thanks for the bird's eye view of the conference for those of us that couldn't be there this year. Helps us plan for next year!

Great group of pictures. It's motivating me to really try and get to Roots Tech next year.