Black History Month: Who Were the Jubilee Singers

The Canadian Jubilee Singers were a group of black African-American singers and musicians. The group was based on the successful Fisk Jubilee Singers from Fisk University in Tennessee, but the singers in the Canadian group were almost all from the Hamilton area of Ontario Canada.

The Canadian Jubilee singers made their appearance in 1878 when William and Sadie Carter organized the group.It became very successful and toured Great Britain for 5 years and United States for 3. 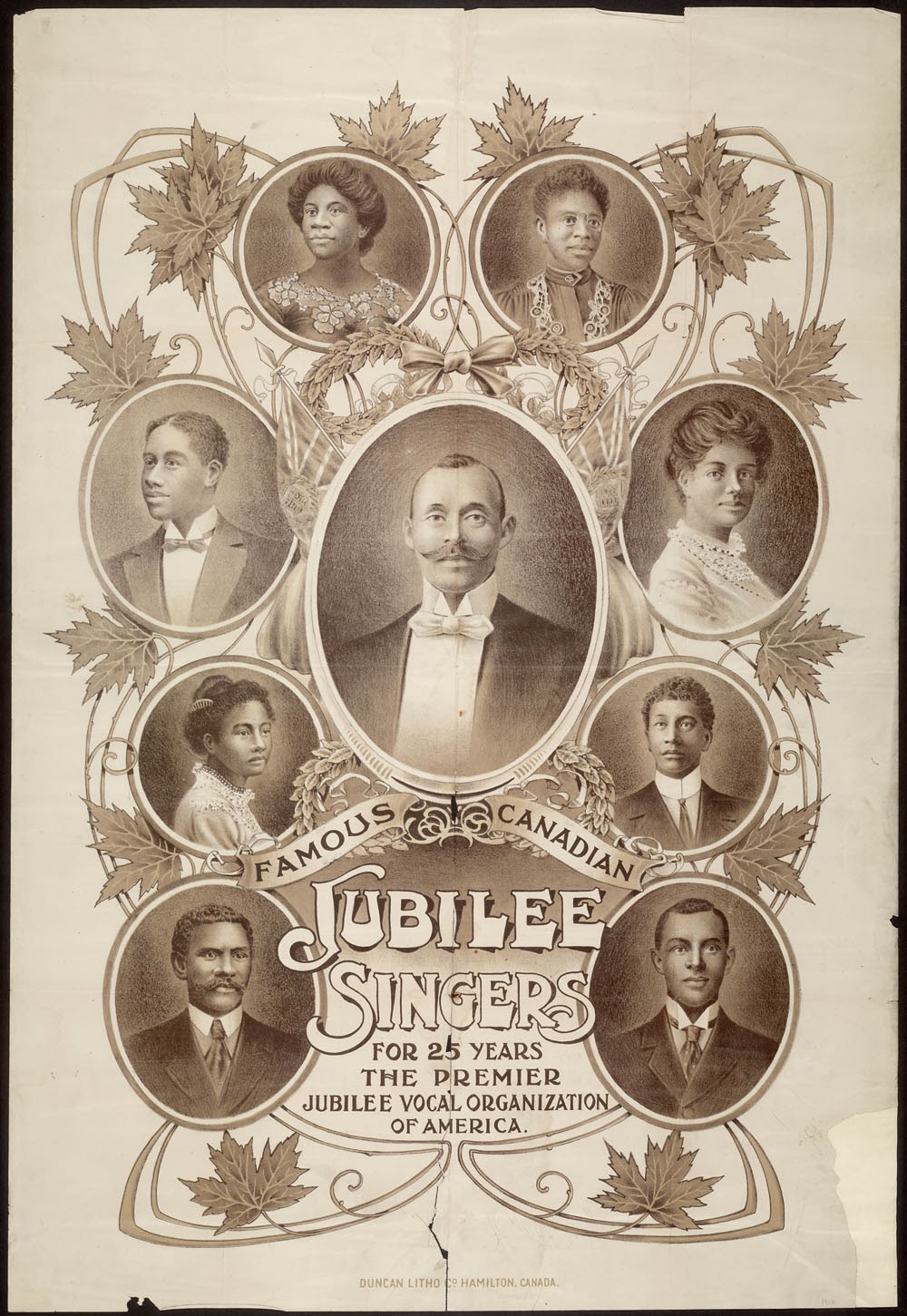 Researching the original members was not an easy task but as near as I can determine from various online resources the original group consisted of the following members:
It took me some time to cobble together the list above from various sources. Many had only initials and no full names. I was able to find more about each member, including their full names and I will share that information in future blog posts.

Over the month of February I will be posting bios with the research I have done on several of the members of the group. Given how difficult it has been to find information on them, I think it even more important to publish on this blog what I have found. My hope is that they will not be forgotten or overlooked as an important part of Canadian history.

Thank you for looking into this remarkable group. My wife and I have been researching them for quite a while as she has at least four family members who were part of the ensemble. This singing and music tradition continues with her family today. My brother-in-law was recently inducted into the Canadian Songwriters Hall of Fame. My nephew was inducted, as part of Public Enemy, into the Rock and Roll Hall of Fame in 2013. My wife was herself a successful singer/actress for a number of years. She has told me of trips to visit her great uncle in NYC. He was a member of the Famous Canadian Jubilee Singers as well as the Fisk Jubilee Singers. He lived in Harlem most of his adult life. This is a part of Candian history that should be as well documented in text books at it has been done by you.... thanks again.

Alan, thank you for sharing on my blog. I am fascinated by these forgotten stories and forgotten/overlooked ancestors.

I wish I could document them all!

Black Canadians are not African Americans, they are Afro-Canadian.

I am from a history museum in the Midwest, and doing research on Madame Marie Dorsa, who was a highly successful and famous solo soprano for the Famous Canadian Jubilee Singers, and toured with them for I believe 12 years. If you could contact me regarding the history of the group I would really appreciate it. I have a photo of 4 of the singers that is not public on the internet, and own one of their books from 1887. LHOPmuseumKS@gmail.com

Please contact me regarding the group and your research about the group. I feel I can add more info to your research, and hope you can provide more info for our research on the group. LHOPmuseumKS@gmail.com I can make copies of my photos, original book, newspaper articles, research, biographies, timeline, and genealogy on some of the individuals in the group and their geographical location. I look forward to hearing from you and learning more about this amazing subject and an important topic that needs to be shared and remembered in our society.