Genealogists often have old family photos in their possession or they find some in Great Aunt Matilda's attic. But how do we know when the photograph was taken? One method is to determine what type of photograph it is.

Photography arrived in the United States in 1839 thanks to Samuel F. B. Morse, an American artist and inventor.The earliest type is the Daguerreotype. Ambrotypes followed, coming into use circa 1854.

The ambrotype was a glass negative backed with black material, which enabled it to appear as a positive image. Patented in 1854, the ambrotype was made, packaged, and sold in portrait studios as the daguerreotype had been, but at a lower cost. The ambrotype produced a single image on glass.

From My Collection of Ambrotypes 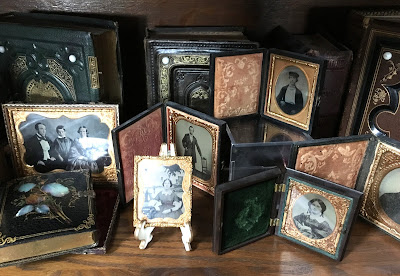 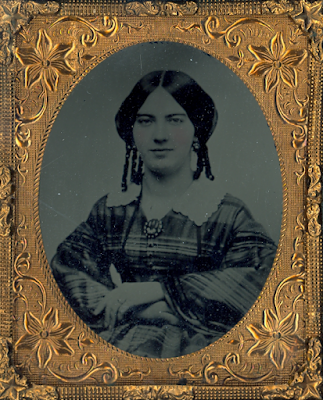 Another Civil War era ambrotype of a young woman in day dress with a typical snood and ringlets.

Read more about ambrotypes on Lost Faces website
at April 22, 2021