1851 Census for Canada Online at LAC 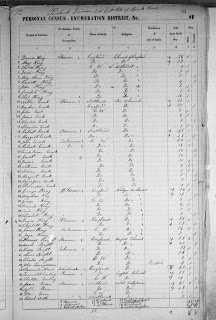 The following announcement was sent out by Library and Archives Canada (LAC):

Library and Archives Canada is pleased to announce the release of a new version of the Census of 1851 database.
The 1851 Census marked the second collection of statistics for the Province of Canada (consisting of Canada West and Canada East). Information was also collected for New Brunswick and Nova Scotia.
In addition to searching by geographical information such as province, district, and sub-district, users can now also search by nominal information such as name, given name(s) and age of an individual.

It's great that LAC is bringing revised versions of these early census records online but...  what is happening to the promised 1921 census that was released on June 1st this year? Where is it? What stage is it at in digitizing? Why is LAC putting up a wall of silence and secrecy?
at July 27, 2013

So frustrating to hear nothing substantive at all about the 1921 Canadian Census! What a humiliating contrast to how the US 1940 Census was released. Thanks for posting this information, and concern.