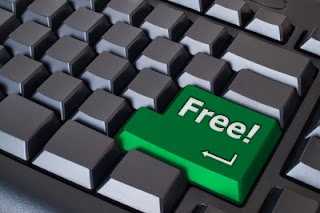 the world’s largest online family history resource, has added more than 220 million historical New England records to its existing databases, creating the most comprehensive collection of New England records available online.  Included in the new collections are birth, marriage and death records for hundreds of millions of residents in Massachusetts, Connecticut, Maine, New Hampshire, Rhode Island and Vermont, as well as images, diaries and articles from Colonial times to the 1980s.

“Many Americans have roots in New England, and with the addition of these records to our site, Ancestry.com offers an unprecedented amount of information for those who want to search and discover their New England history,” said Daniel Jones, Vice President of Content for Ancestry.com.

Over the past few months, Ancestry.com

has spent more than 10,000 hours digitizing and indexing historical records from the region in order to make them easily accessible online.  The new records reveal countless facts of people from the region, from population to job growth, while also bringing insights into the life of notable New Englanders.

Life in New England
While the new records will help people discover their family’s New England history, they also shed light on what life was like for the typical New Englander in various periods of the region’s history:

Notable New Englanders
The new collections are not only a treasure trove of information for those trying to learn more about their family origins, but also those interested in learning more about notable New Englanders throughout history. Norman Rockwell’s indexed death record and Benjamin Franklin’s birth record are included in the new collections, along with Ralph Waldo Emerson’s obituary and even a record of Dr. Seuss’ birth (Theodor Geisel). The new collections also contain unique subject matter such as original letters regarding the Salem Witch trials.

The Name Legacy of a Founding Father
The new collections also reveal that the nation’s Founding Fathers left a lasting impression in many New England families. From 1850-1940 more than 500 people were named after John Adams, compared to 37 named after George Washington.

From July 18-21st, Ancestry.com will make all of these impactful records from the New England Historic Genealogical Society – along with several other New England record sets – available free of charge for the public to search. This will enable beginner and expert family historians alike to explore curiosities and research their New England heritage.