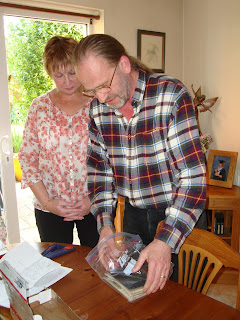 I am very pleased to share with my readers that the orphaned Kirby photo album I found and rescued from an antique store has arrived safe and sound in England.

Gordon Wake, the descendant who I contacted after finding his Family Tree on Ancestry.com

, was thrilled to receive the photos. Postal mail from Canada to England didn't take that long and Gordon and his wife wasted no time once the package arrived.

Gordon tells me he is overjoyed to finally see a photo of his grandfather! And I am equally pleased that these photos have now found a new home to be treasured and shared with other descendants.

Even as I write this blog post, Gordon is happily scanning the photos to share with two descendants here in Canada. 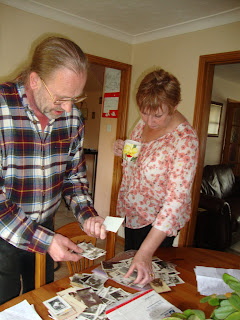 I also included in the package several pages of the hand-written notes I made while my husband and I studied and analyzed clues in each photo.

Gordon requested I send those as they might help him to identify more of the individuals who appear in the photos.

This was such a happy ending story for me and I was privileged to be part of it! I'm so glad I didn't pass that album by which I admit I almost did as it was rather expensive. But I kept returning to it in the store and I knew I had to have it. 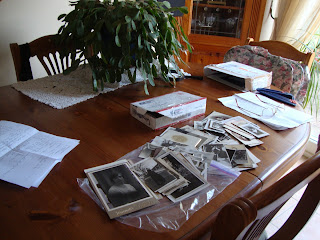 I'll try once more to prove I'm not a robot, and then I give up. What a happy ending to this story.

Wonderful Story! Very nice of you to find the owner.

Peg, I don't know how many times you tried but I had three (3) comments from you waiting to be moderated. :-)

Thanks for sharing. It's nice to see that your efforts were appreciated!