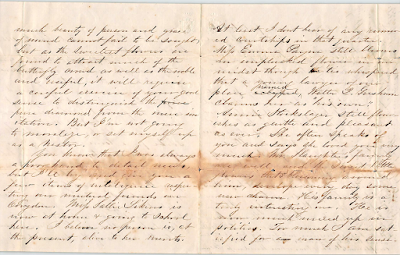 These letters are so wonderful to read -- they speak of illness in the family, deaths, births, crops, weather,family and friends. I uploaded Canadian and American letters, but still have dozens to put online.

Letter from Albert Bertram Mudge during WW1 to his mother in Guelph Ontario, 1915

Search the index to all Canadian letters

Letter from John McCoy, Captain of the Augusta Co. Militia during the Revolutionary War from Staunton, Augusta Co.Virginia to Thomas Jefferson, 1781 (yes, THE Thomas
Jefferson!)

Search the index to all USA letters