Olive Tree Genealogy received a request from a reader (Hillary M.) of my AskOliveTree blog.

Because my answer covers so many generic research suggestions I thought it might be helpful to post it here. I have edited the query as follows:

What I do know is he married Emily Jane Meyrick on October 14 1886 is Worcester Massachusetts.  His marriage record states his parents names as George and Elizabeth.  At the time of his marriage his age is listed as 25.

Hello Hillary - The first thing that jumps out at me in your query is that immigration date for Henry. That date does not likely refer to his immigration to Canada but rather into the USA. So if he was first in Canada for a period of time, the year he crossed the border to USA is almost certainly what is being referred to. (immigration years 1871, 1872, 1875)

It is not unusual to have a mis-remembered immigration year. I always advise researchers to allow a  few years on either side of a date given. So I would be searching from 1870 to 1877 or so. Unfortunately Border Crossing records did not exist before 1895 so you are out of luck there.

Also I note that on his marriage record he is recorded as "Arthur H." so you will have to remember to look under both names - Henry and Arthur. As well, you may not be aware that Harry is a common nickname for Henry. I would search under all three names - Henry, Arthur and Harry.

Canadian Census & Ships Passenger Lists
You may find that Henry missed any Canadian census records which were taken every 10 years. You could look for him in 1871 census in Canada but that will probably be your only hope. Also, ships passenger lists to Canada did not have to be kept before 1865. So if Henry arrived from 1869 on you may find him in the online ships manifests found at Ancestry.com

For ships arriving in Canada before 1865 please see Filling in the Gaps which has a complete list of all substitute lists such as shipping agent records, immigration agent records and so on. Each list is linked to the actual records and most can be searched online.

Henry's 1900 and 1910 census show he had his first papers. The 1920 census states he was a naturalized citizen. You now have a timeline of 1910-1920 to search for his naturalization papers. You could also search pre 1900 for his application to naturalize. Please see NaturalizationRecords.com for information and links to online naturalization databases.  You can also search Fold3

Obituaries and Newspaper Records
Have you searched for an obit for Henry? You may want to try Ancestry.com

You might try looking in United Kingdom census records for Henry/Arthur/Harry and his parents. I'd try 1861 and 1871.

Have you searched Free BMD for a possible birth record for Henry? If you find a possiblity there and wish to order the full record, please see my blog post Ordering English Certificates of Birth, Marriage or Death online for instructions on how to do this.  In fact  I found a very good possibility for your Henry Arthur being registered in the 3rd quarter of 1861 (between July and September) in Maidstone, which fits with your Henry giving his month and year of birth in the 1900 census as August 1861. You will have to get the details re volume and page number from the Free BMD website.

One last idea for you is to search all his children. Look for death records and obituaries in particular. You never know when one child's record may provide amazing genealogical details that you cannot find elsewhere.
at July 14, 2013

step by step by step by clue by possibility by alternatives by ... This is a lovely example of how to set up a methodical plan of attack in finding an ancestor! Thanks so much. I'm heading back to a challengiing ancestor and trying once more.

Keeper of the Tales said...

WOW!! I was not expecting such a quick response to my query!! THANK YOU!!!

I will be checking all the places you mentioned to see if I can find Henry and THANK YOU for your comments about naurialization records I had not known what the abbreviations meant on the census records so was cluelesson how to proceed in tat direction./ Now I know!!

I will keep you updatd on what I am able to locate now that I have your excellent suggestions.

Thank You again from a new and greatful reader!

Hillary - glad you spotted my answer! And I'm very pleased it was helpful, fingers crossed you can find more. I would love to hear back from you if/when you do!

Celia - thank you so much. As always, you are so supportive of me and what I do.

Hillary - re census record abbreviations etc, you might want to bookmark this site

Each link for each census year you choose has a list of all questions asked and what the abbreviations mean.

Thank you for these clues, Lorine! I have several ancestors that sailed into our out of Canada and one who may have been buried there. You make this research sound direct and easy! 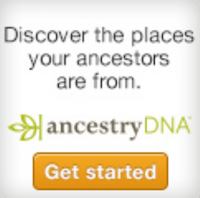