Ben Affleck and The Can of Worms 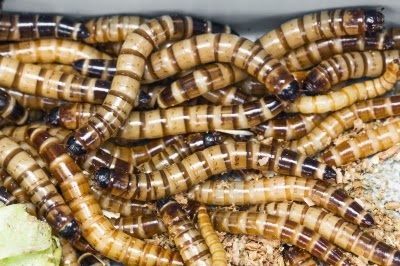 For those who haven't seen the dozens of news stories online, Ben Affleck was featured on Henry Louis Gates' PBS show Finding Your Roots. During the course of filming, Affleck learned that he has a slave owner ancestor. Leaked emails from Sony between Gates and Sony Entertainment CEO Michael Lynton reveal that Affleck did not want this aired in public and wanted that part edited out.

You can read the emails yourself but basically Gates made it clear he didn't like the idea of hiding the facts (truth). The producer then said as long as no one else had seen it and it could never be found out, humour Affleck and don't use it. Affleck was referred to as a "mega-star" and both men worried about making sure he got what he wanted.

And so his true family history was hidden. Affleck got the white-washed version he wanted where all his ancestors were public-spirited justice-seeking good guys.  And of course all genealogists know that's a crock! Our ancestors were real people. They include the good and the bad, the farmer and the daredevil. Some we would like if we met them, others ... not so much.

The bottom line is that what our ancestors did is no reflection on us. Just as we cannot blame ourselves if we discover we had a "bad seed" in the ancestor mix, nor can we take credit for those who did amazing things. We can feel proud of them, or we can feel sorrow over misdeeds. But we need to accept who they were, and that their actions good or bad were in a different time and place.

It is only by learning about the past that we can stop evil from happening in the future. We learn from mistakes and they should not be hidden or deleted from our family tree or from history.

It's a shame Affleck didn't adopt Bill Paxton's approach on TLC’s "Who Do You Think You Are?", when he learned he had a slave owner as an ancestor. Mr. Paxton's response was that it was a shame but "your history good and bad is your history" And that, Mr. Affleck is the point.

Embrace your history, both the positive and the negative! Learn from it. Don't attempt to create a fictional family tree full of heroes and noble ancestors.

But as the saying goes "Karma will out" and now Mr. Affleck's request for an edited  version of his family tree has bitten him in the (ahem) with the truth now known world-wide. What would have been seen by a small number of viewers watching the show, and truly not a big deal has become a huge deal with many casting stones Affleck's way. The perception by many, including me, is that it was a misuse of celebrity status to facilitate censorship. And this is never a good thing.

Email ThisBlogThis!Share to TwitterShare to FacebookShare to Pinterest
Labels: Ben Affleck, Bill Paxton, Controversy, PBS, slavery, TLC, Who Do You Think You Are?

Secrets will out - he should have known that. No such thing as a secret with a celebrity - someone is sure to leak it for their own reasons. Sorry he didn't take time to think this through.

I have been chagrined to learn that some (several) of my ancestors were slave owners. I felt like I'd been kicked in the stomach, at first. But they were who they were, and life was what it was.

I think Mr. Affleck should be shamed by his response, not by his ancestors!

A few people have theorized that he plans to go into politics in the future that was a driving force in why he behaved this way.

By taking this route he has created an unflattering narrative that will follow him for the rest of his life.

J.D.that is absolutely true. Whether folks agree or not with his actions in making the initial request, he made a huge error. It will haunt him for many years.

celia - yes. Folks should realize that anything can and probably will, be leaked eventually. You'd think he might have realized that!

Janice, I agree that he should have been more mature in his reaction.

He finally published a statement last night on Facebook:

After an exhaustive search of my ancestry for "Finding Your Roots," it was discovered that one of my distant relatives was an owner of slaves.
I didn't want any television show about my family to include a guy who owned slaves. I was embarrassed. The very thought left a bad taste in my mouth.
Skip decided what went into the show. I lobbied him the same way I lobby directors about what takes of mine I think they should use. This is the collaborative creative process. Skip agreed with me on the slave owner but made other choices I disagreed with. In the end, it's his show and I knew that going in. I'm proud to be his friend and proud to have participated.
It's important to remember that this isn't a news program. Finding Your Roots is a show where you voluntarily provide a great deal of information about your family, making you quite vulnerable. The assumption is that they will never be dishonest but they will respect your willingness to participate and not look to include things you think would embarrass your family.
I regret my initial thoughts that the issue of slavery not be included in the story. We deserve neither credit nor blame for our ancestors and the degree of interest in this story suggests that we are, as a nation, still grappling with the terrible legacy of slavery. It is an examination well worth continuing. I am glad that my story, however indirectly, will contribute to that discussion. While I don't like that the guy is an ancestor, I am happy that aspect of our country's history is being talked about.

Agree! Thanks for your comments!

The shame is the fact that he wanted it edited out. Slavery was part of everyday life, back in those years. If you were wealthy enough to have and need them, so be it.

I think that he had the right to make public or not any aspect of his family ancestry he chose to. Since when did we decide we have the right to know everything about everybody? That's ridiculous. Whether we think it matters or not, he did, and his rights and privacy should have been protected.