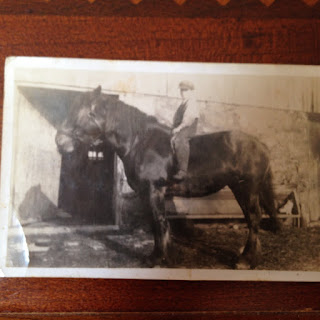 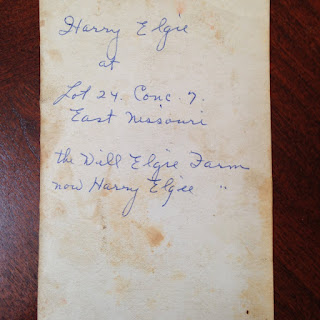 As near as I can tell, the Harry Elgie in this photo is Harry the son of William Elgie and Mary Louise Facey. Harry was born in E. Nissouri in 1907, and married Madge Brown in 1936. 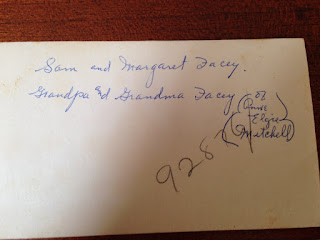 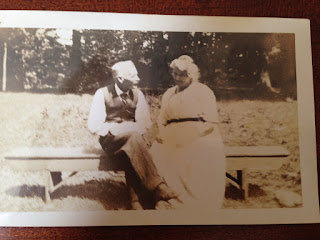 On back of photo is this notation: "Sam and Margaret Facey. Grandpa & Grandma Facey." Underneath is a notation that seems to read "Of Anne Elgie Mitchell"

I am not sure what the second notation refers to, because I only know of two Anne Elgie women - one married Alexander Pelton, the other married Robert Bragg and was the mother of Roberta who inherited these photos from her Aunt Florence.
at August 16, 2017

My grandmother used to use the expression, "I had it of her," meaning she got something from someone. Perhaps that is what the notation "Of Mary Facey Elgie" means.