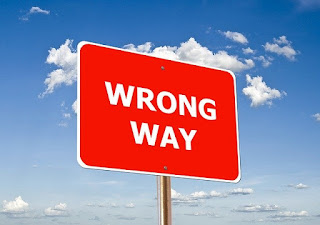 I have been trying to find out where my Grfa., TWISS, William James, had "landed" for over ten years, to no avail, from Cty. Cork, Ireland to New York, USA..  He was a mere 17 year old, at the time.


The story I was told was that it was my Grfa. who had left Cork, Ireland, from Sept. to December of 1887 (I believe these are the months) on the Barque Julia, from Edinburough to Cork and to New York.  This particular Barque was a ship of supplies and the Captain was a friend of my Gr-Grpars., TWISS, Francis Edward Day, Sr..  It was my Grfa. who had suggested that he, himself, come out to Canada, first and they allowed it but he must go with someone they knew.  It was only a few days' trip and have researched into several ports along the eastern coast to no avail.  When he had landed, he had stayed with friends of his pars., (never knew who they were) Francis Edward Day and Ellen THOMPSON, in New York for a while then travelled up into BINBROOK, Wentworth Cty., Ontario, Canada to stay with our cousins/family there while his own pars. arrived through Montreal, Quebec, Canada in the following springtime.

Here is what I found which does not seem to agree with your family lore. That is not unusual as family lore can be family myth and is often incorrect or confused. Don't let it lead you down the wrong path when researching!

Ed Twiss, age 40, farmer, his wife Ellen age 40 and three daughters Sarah
(20) Mildred (17) and Marcella (17) arrived 4 September 1888 at Halifax  on
board the steamer Peruvian. Their destination was noted as "Victoria BC"
Your ancestor is not with them on this journey.

The 1901 Census for British Columbia shows the family as Edward D. Twiss born 1839 Ontario, his wife Ellen born 1842 Ireland and two children - your ancestor William born 1872 Ireland and his sister Marcia born 1877 Ireland. Their year of immigration of Ellen and her children is given as 1889.

There are several death records on FamilySearch for your siblings of your William James Twiss: Mildred Jemima Twiss born 22 Sep 1868; Sarah Helena Nash Keen born 1866 in Kerry Ireland; Marcella Ellen Moodie born 22 Mar 1875 in Co. Kerry. Also William James Twiss marriage record 05 Jul 1906 shows he was born in Kerry, Ireland too. All these records come with images - how lucky is that!

I did find a few other items that might interest you - namely the marriage of William's father Edward to Ellen Thompson in Killarney Ireland. Her father is recorded as James Thompson. This might give you clues for more research in Killarney for the family.

I found the birth of another son named Edward born 05 Sept 1872 in Ireland to Edward D. Twiss and his wife Ellen Thompson. Sarah Helena Twiss' birth was also found in the Irish birth records and her place of birth is recorded as Castle Island, Kerry Ireland.

I am beginning to envy you all the records for your ancestors! And best of all here is your ancestor William James Twiss. A second birth record for William shows his place of birth as Annascall, Kerry Ireland. Now you have an exact date of birth and a location. Armed with this new information you have a lot of clues to help you in your search.

Summary of my findings:
Edward Day Twiss married Ellen Thomson/Thompson daughter of James in 1865 in Killarney, Kerry Ireland.  They immigrated to Canada 1888

It is very important to be able to put aside family stories when we are researching our family. While at times the stories are true and direct us in our efforts, most of the time they are only partly true and in many cases totally false. With my own family most of the stories are false or only slightly true. This was done to hide family secrets.

Your example above certainly had many great records to give the true story.