Think Outside the Box When Looking for a Ship's Passenger List 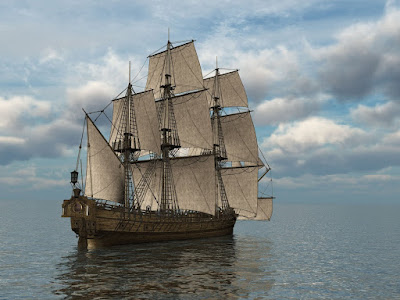 Charlene G. sent Olive Tree Genealogy an email asking about Ships Passenger Lists from Ireland in the 1840s. I think my answer to her question (below) may be of interest to other genealogists


I am specifically looking for Irish passenger ship records from 1845-1847, the probably year(s) that my great-great grandparents immigrated to the United States.  For many years I have been searching  Irish passenger ships arriving at the port of New York.  Because Ellis Island was not yet established, I assume my Irish great-great grandparents entered the U.S. via Castle Garden.  Can you tell me if ALL ship passenger records for the years 1845-1847 have been transcribed?

Lorine's Answer: First let me clear up some possible confusion. Ellis Island and Castle Garden were processing centers. The port of arrival was New York and that is the arrival port you want to look for if you are positive your ancestor arrived via New York. You will not find ships lists giving a port of arrival as "Ellis Island" or "Castle Garden" since they were simply the processing areas used at different time periods for arrivals in the port of New York.

The short answer to your last question is YES. All known ships passenger lists arriving in New York have been transcribed, indexed and are found on Ancestry . If you are searching the Castle Garden website be aware that it includes arrivals in  ports other than New York and as far as I know, it is not complete for the port of New York.

If you are unable to find your ancestors, be sure you search other ports of arrival. Also you might wish to look for ships arriving in Canada as it was much cheaper to come in that way than go directly to America. Just be aware that before 1865 ships arriving in Canadian ports did not have to keep their passenger lists. But there are alternate lists you can search. See Filling in The Gaps for help.

You should also be sure you are using wildcards if you are searching on Ancestry  . The early ships passenger lists are often difficult to read and your ancestor's surname might be badly mangled or misread. Try widening your search parameters too. Leave out first names. Use only a surname (with wildcards to pick up variant spellings such as SM*TH* which would get results for SMITH, SMYTH, SMYTHE etc. ) and an approximate year of birth.
at January 30, 2020

As Charlene did not list what area in Ireland her folks came nor where they settled in the US I can not be sure but I know that many from Eastern Fermanagh and Western Monaghan came in through the Port of New Orleans. The folks knew two facts which could effect their travel if they were heading into the mid lands of America: the trains did not go all the way across the county in the 1840's so travel west would be long and slow, and New Orleans offered a good and easy way for all the trip. Sail on a ship to the port, unload on the dock, reload on a river boat, and head north. Many of the Irish folks settled along the river in Missouri, Illinois and Iowa.
norm