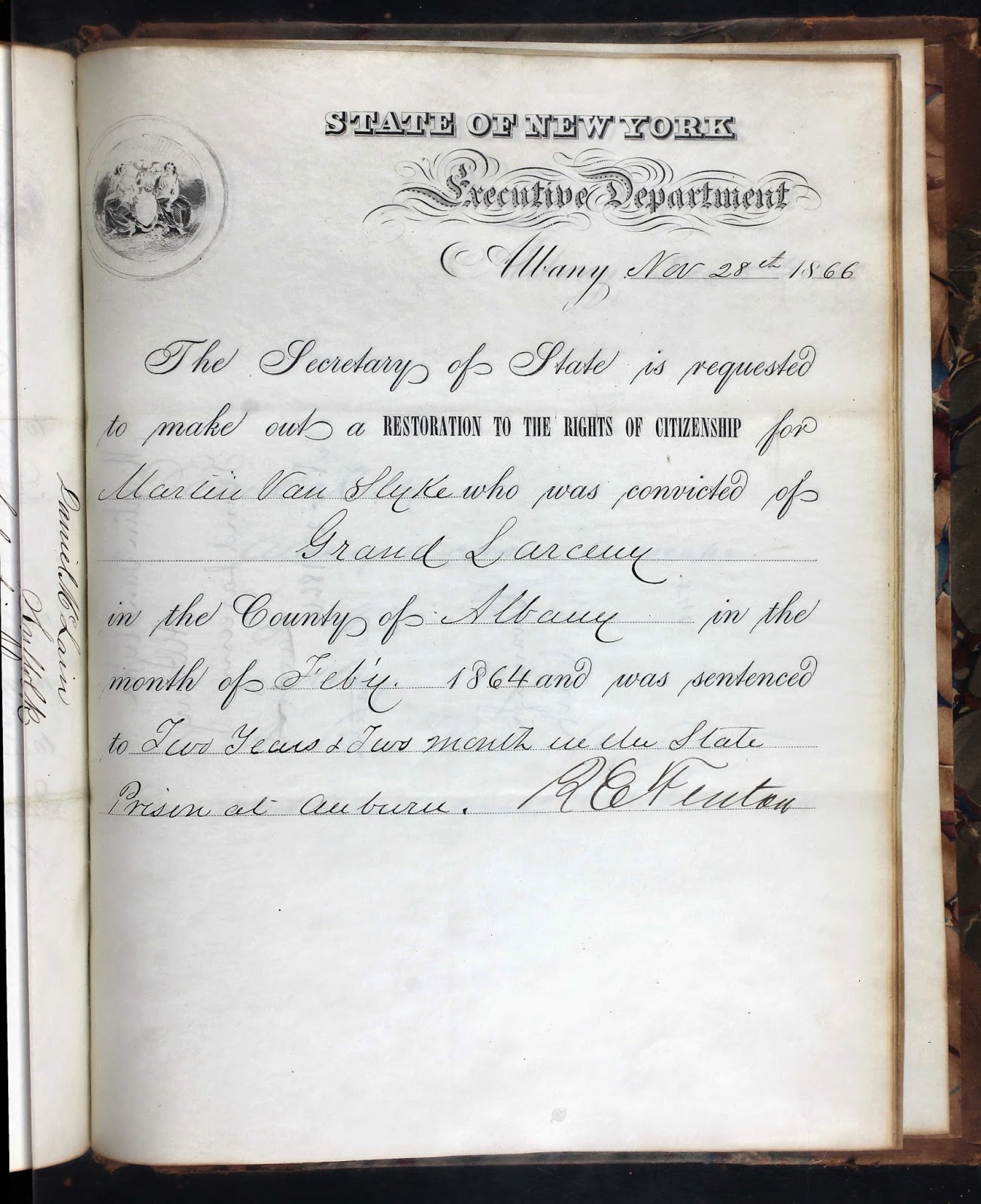 New York, Governor's Registers of Commitments to Prisons, 1842-1908
Contains prisoner records for 15 prisons in the state of New York.

New York, Discharges of Convicts, 1882-1915
Governors were required by law to keep registers of all applications for and grants of clemency. This collection includes images of the registers for recording discharges of convicts serving in state prisons who had their sentences commuted and were discharged.

New York, Executive Orders for Commutations, Pardons, Restorations and Respites, 1845-1931
Throughout much of the nineteenth century in New York, the right to vote was denied to anyone convicted of an “infamous crime,” but citizenship rights could be restored at the governor’s discretion. This collection includes eight volumes of restorations to citizenship that New York governors issued to convicted felons.

New York, Prisoners Received at Newgate State Prison, 1797-1810
Newgate Prison was New York’s first state penitentiary, opening in 1797 on the Hudson River. It was envisioned as a model prison for reforming those charged with serious crimes other than murder and arson (which were capital offenses). The prison closed in 1828, and the remaining prisoners were removed to Sing Sing Prison.