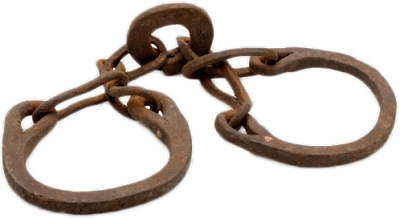 The following Press Release was issued by Ancestry.com

a few days ago. If it weren't for the fact that it has been documented and reviewed by genealogists such as Elizabeth Shown Mills, I would have my doubts and probably wouldn't have posted the announcement. But after reading the details I'm fascinated and more inclined to believe the findings!

PROVO, UTAH – July 30, 2012 – A research team from Ancestry.com (NASDAQ:ACOM), the world’s largest online family history resource, has concluded that President Barack Obama is the 11th great-grandson of John Punch, the first documented African enslaved for life in American history. Remarkably, the connection was made through President Obama’s Caucasian mother’s side of the family.

The discovery is the result of years of research by Ancestry.com genealogists who, through early Virginia records and DNA analysis, linked Obama to John Punch. An indentured servant in Colonial Virginia, Punch was punished for trying to escape his servitude in 1640 by being enslaved for life.  This marked the first actual documented case of slavery for life in the colonies, occurring decades before initial slavery laws were enacted in Virginia.
In the 372 years since, many significant records have been lost – a common problem for early Virginia (and the South in general) – destroyed over time by floods, fires and war. While this reality greatly challenged the research project, Ancestry.com genealogists were able to make the connection, starting with Obama’s family tree.

President Obama is traditionally viewed as an African-American because of his father’s heritage in Kenya. However, while researching his Caucasian mother, Stanley Ann Dunham’s lineage, Ancestry.com genealogists found her to have African heritage as well, which piqued the researchers’ interest and inspired further digging into Obama’s African-American roots. In tracing the family back from Obama’s mother, Ancestry.com used DNA analysis to learn that her ancestors, known as white landowners in Colonial Virginia, actually descended from an African man.  Existing records suggest that this man, John Punch, had children with a white woman who then passed her free status on to their offspring.  Punch’s descendants went on to be free, successful land owners in a Virginia entrenched in slavery.

An expert in Southern research and past president of the Board for Certification of Genealogists, Elizabeth Shown Mills, performed a third-party review of the research and documentation to verify the findings.
“In reviewing Ancestry.com’s conclusions, I weighed not only the actual findings but also Virginia’s laws and social attitudes when John Punch was living,” said Mills. “A careful consideration of the evidence convinces me that the Y-DNA evidence of African origin is indisputable, and the surviving paper trail points solely to John Punch as the logical candidate. Genealogical research on individuals who lived hundreds of years ago can never definitively prove that one man fathered another, but this research meets the highest standards and can be offered with confidence.”

“Two of the most historically significant African Americans in the history of our country are amazingly directly related,” said Ancestry.com genealogist Joseph Shumway. “John Punch was more than likely the genesis of legalized slavery in America.  But after centuries of suffering, the Civil War, and decades of civil rights efforts, his 11th great-grandson became the leader of the free world and the ultimate realization of the American Dream.”

Thanks Lorine but I'm reserving my judgment, for now, cos I've also read lots of reports which totally refute this... especially the claim that Punch was "indentured". Cheers, Catherine