Continuing with the published story of my mother, aunt and grandmother's adventures in the 1970s: 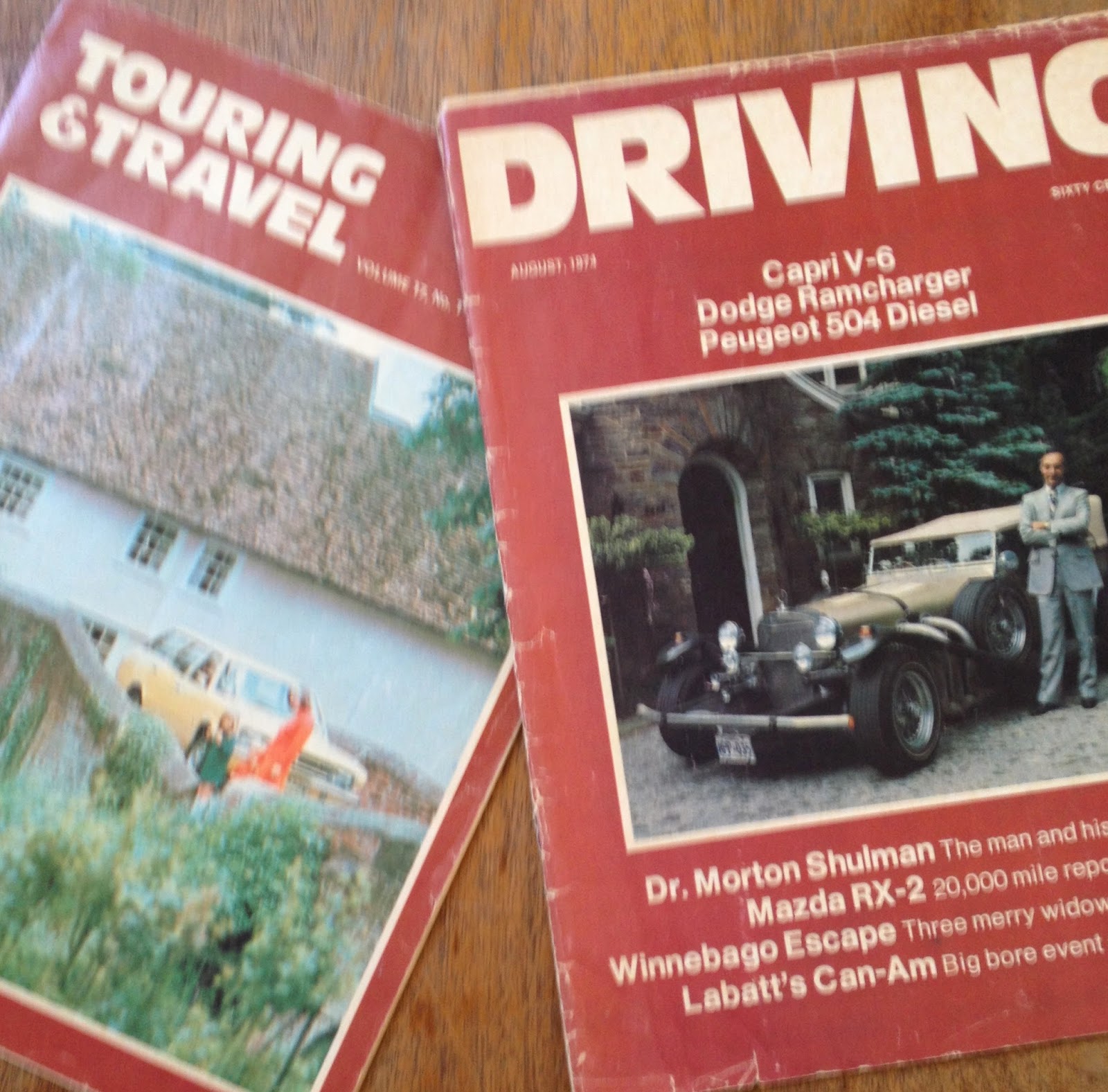 During the course of the trip they stayed at a great deal of campsites for they were in no particular hurry.  They were delighted to find that most of the overnight spots, be they private or government run, were clean and well kept.  Rates varied between four and  six dollars a night,  with the occasional State Park  costing as low as a dollar fifty.

Hooked to the rear of the Winnebago, the three widows had seen fit to attach a small economical Envoy Epic.  Though they didn’t realize it at the time, this car was never sold in the United States.  But did the little Epic give them any trouble?  Not on your life.  In all they put more than 5000 miles on the car with it never missing a beat.  The only  problem they had with the arrangement occurred when the arrangement when the Epic hit a bump, throwing the front wheels at an angle.  When this occurred, the little car would sway back and forth at an alarming rate scrubbing miles of rubber off the front wheels.  However they knew enough to stop the Winnebago, get out and straighten the steering wheel of the Epic  and all would be fine again. 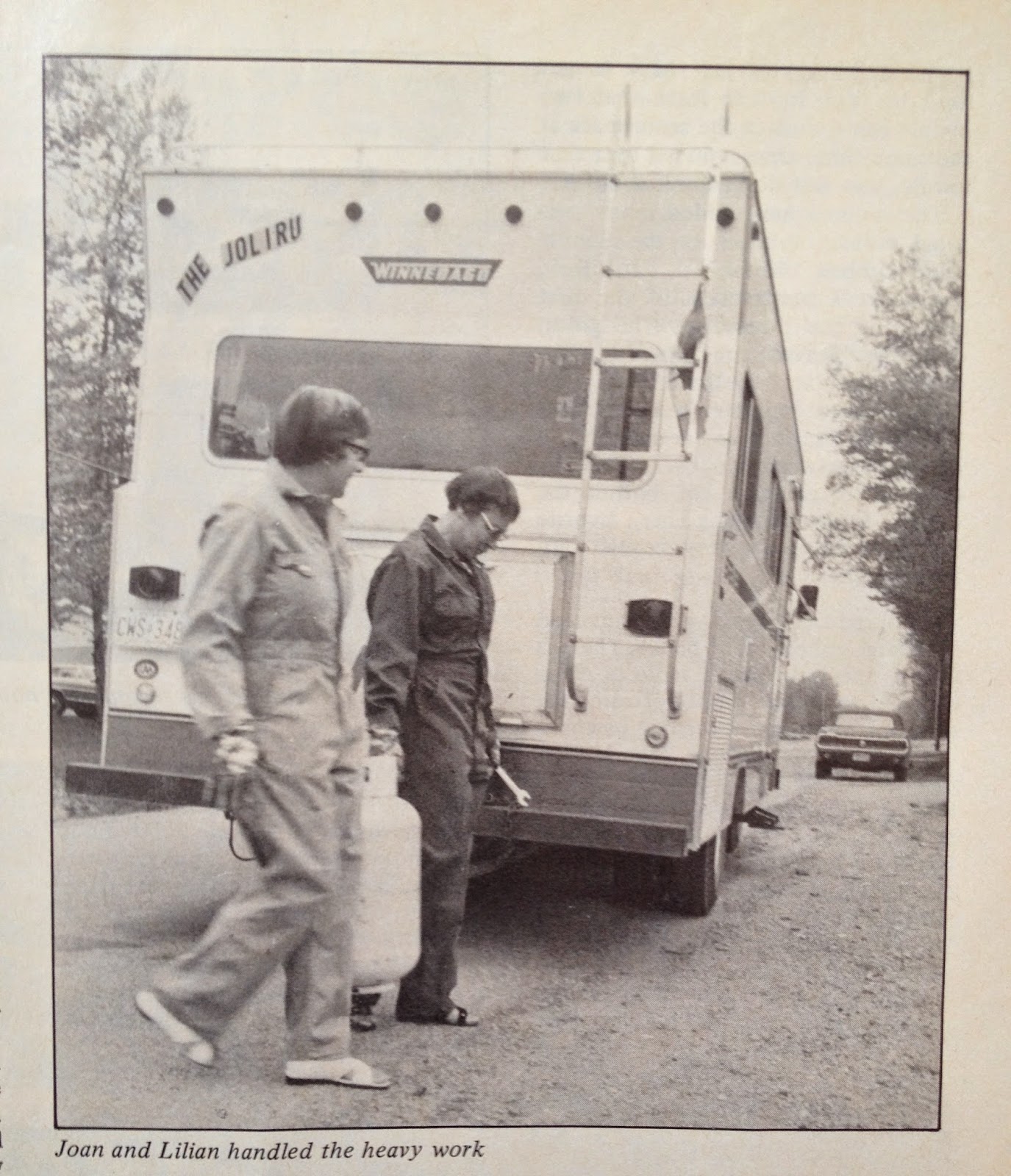 But don’t be mislead.  They were prepared for emergencies even though their trip was trouble free.  Each had coveralls and knew how to handle tools.  Though they weren’t about to do an engine teardown by the side of the road, they had taken a course in auto mechanics and knew how to make small repairs, change propane bottles, fix balky stoves and hook the Epic to the rear of the Winnebago. 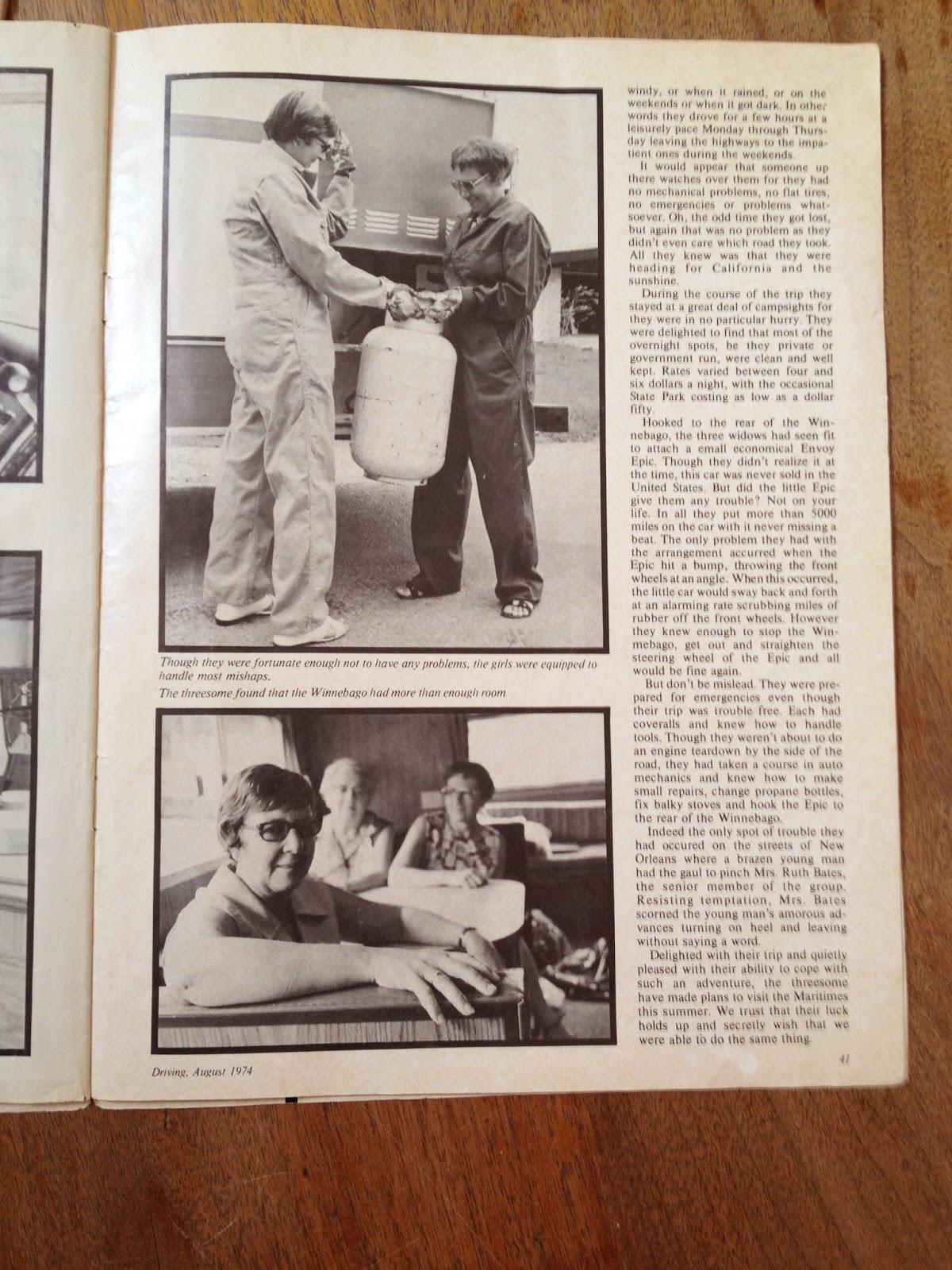 I have had fun reading this 3 part article! Women can really take care of themselves... Annick H.