Prosapia Genetics - Worth the Money? 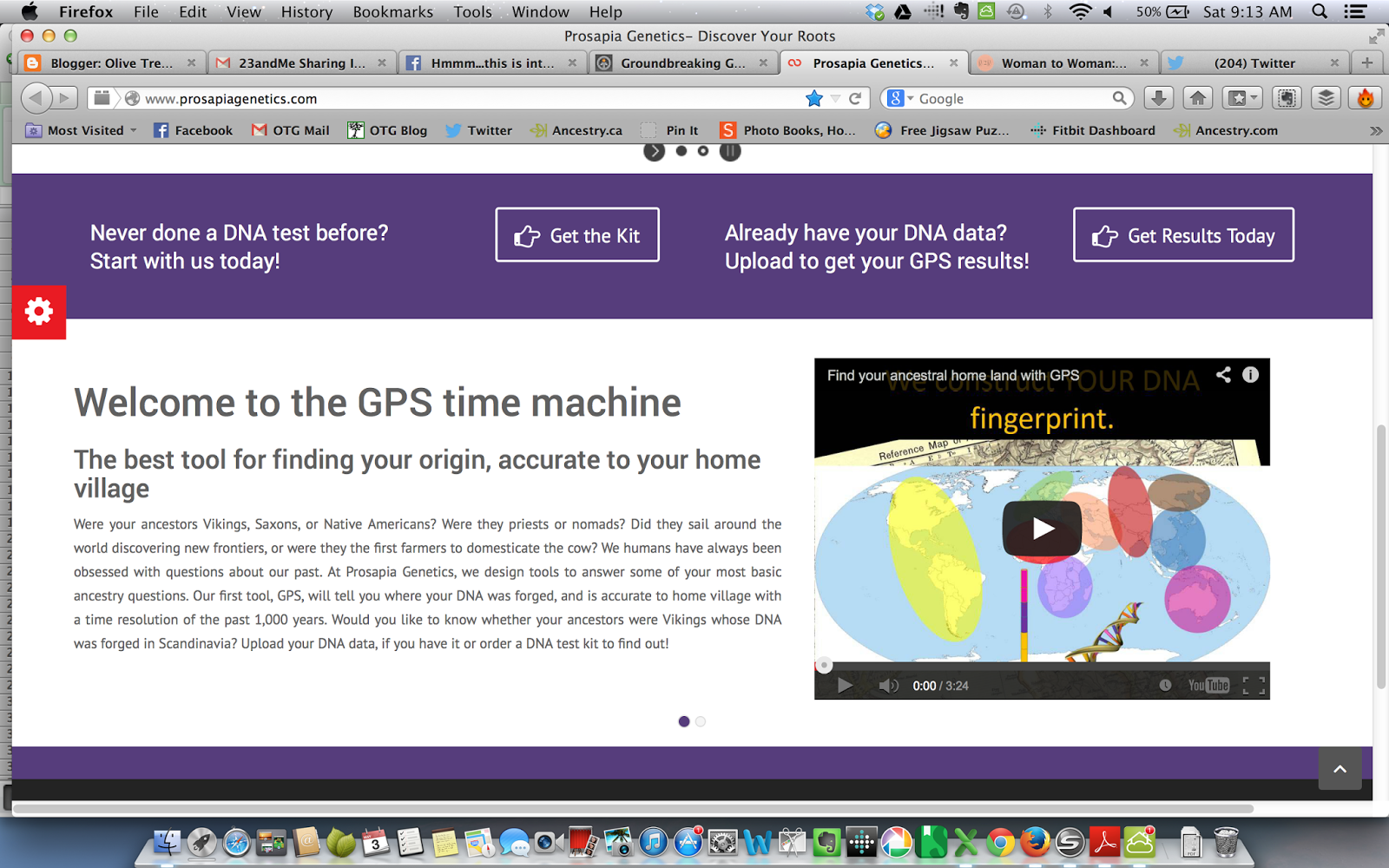 Yesterday I decided to check out a website that has the genealogy community buzzing. The Examiner called it a "Groundbreaking GPS tool [that] finds your ancestors, genealogy, family tree and history"

According to the creators "What we have discovered here at the University of Sheffield is a way to find not where you were born – as you have that information on your passport – but where your DNA was formed up to 1,000 years ago by modeling these admixture processes."

That sounded fascinating but I was somewhat sceptical. How can a GPS tool (or any tool for that matter) take all your ancestral lines as shown by your DNA, and come up with ONE "ancestral village" of origin? As my good friend Jennifer Zinck mentioned, that's akin to taking the average of all your ancestors instead of the sum.

To help people find their roots, the researchers  developed a site called  Prosapia Genetics to make this DNA tracking available to the public. They claim that “Anyone who has had their DNA genotyped (an estimated one million people in the USA) can upload their results and use GPS to find their ancestral home." 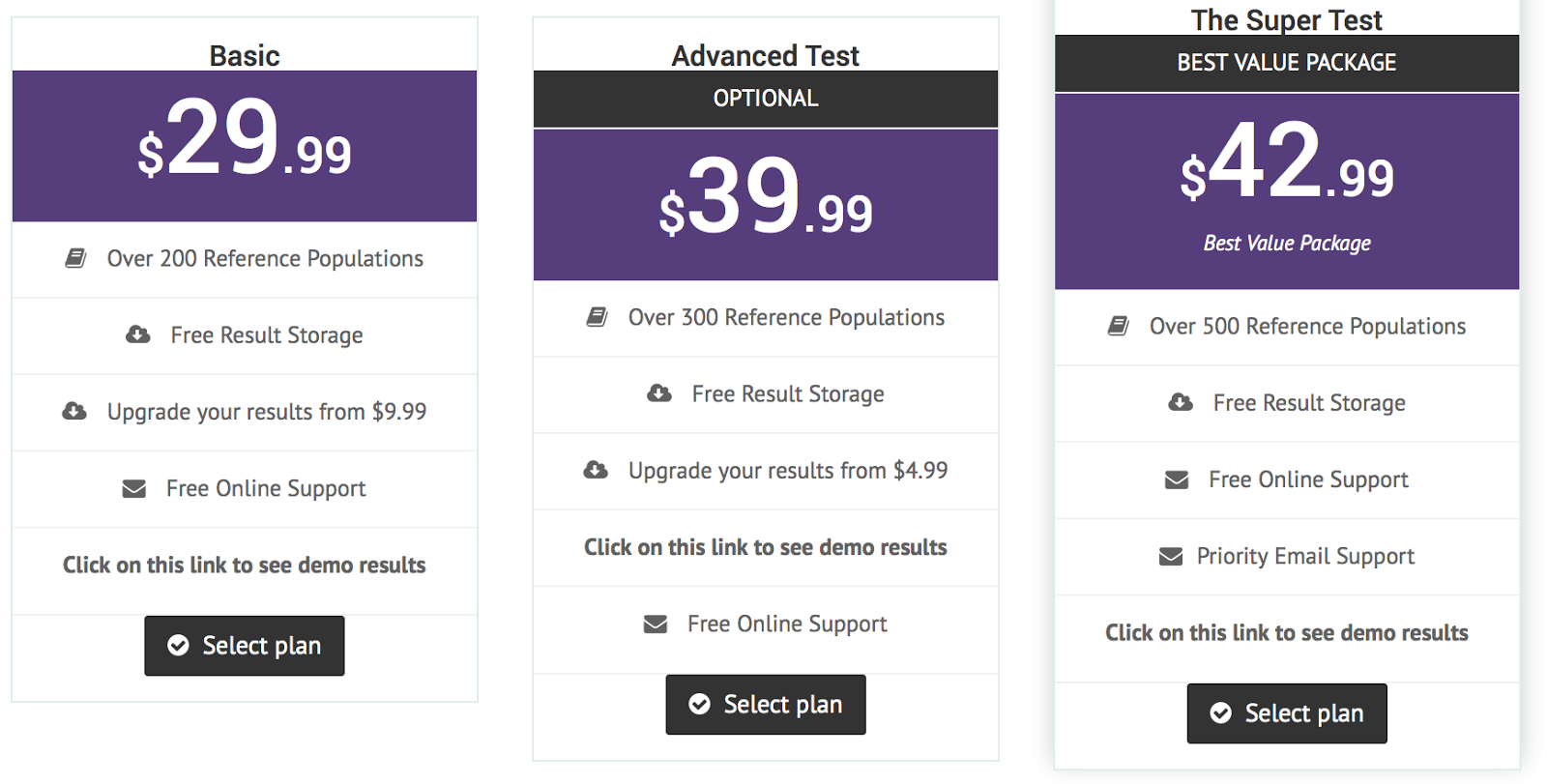 The site indicates that it is as "easy as 1, 2, 3" Basically you either purchase their DNA kit or you pay for a GPS map and upload your raw data file from a DNA company where you have already tested. Then you view a GPS map showing your ancestral home.

I had to try it. It looked like fun and I was curious as to whether or not my skepticism was well-founded or I was being too critical.  I decided to go with my brother's DNA instead of mine. Once you decided to upload your DNA you pay for the GPS map. There are 3 choices ranging from $29.99 (U.S.) to $42.99. I decided to go with the Super Test at $42.99 because it used the most reference populations. According to the online FAQ, the more reference populations used, the more accurate the result (which is only common sense).

The Map of My Ancestral Home? 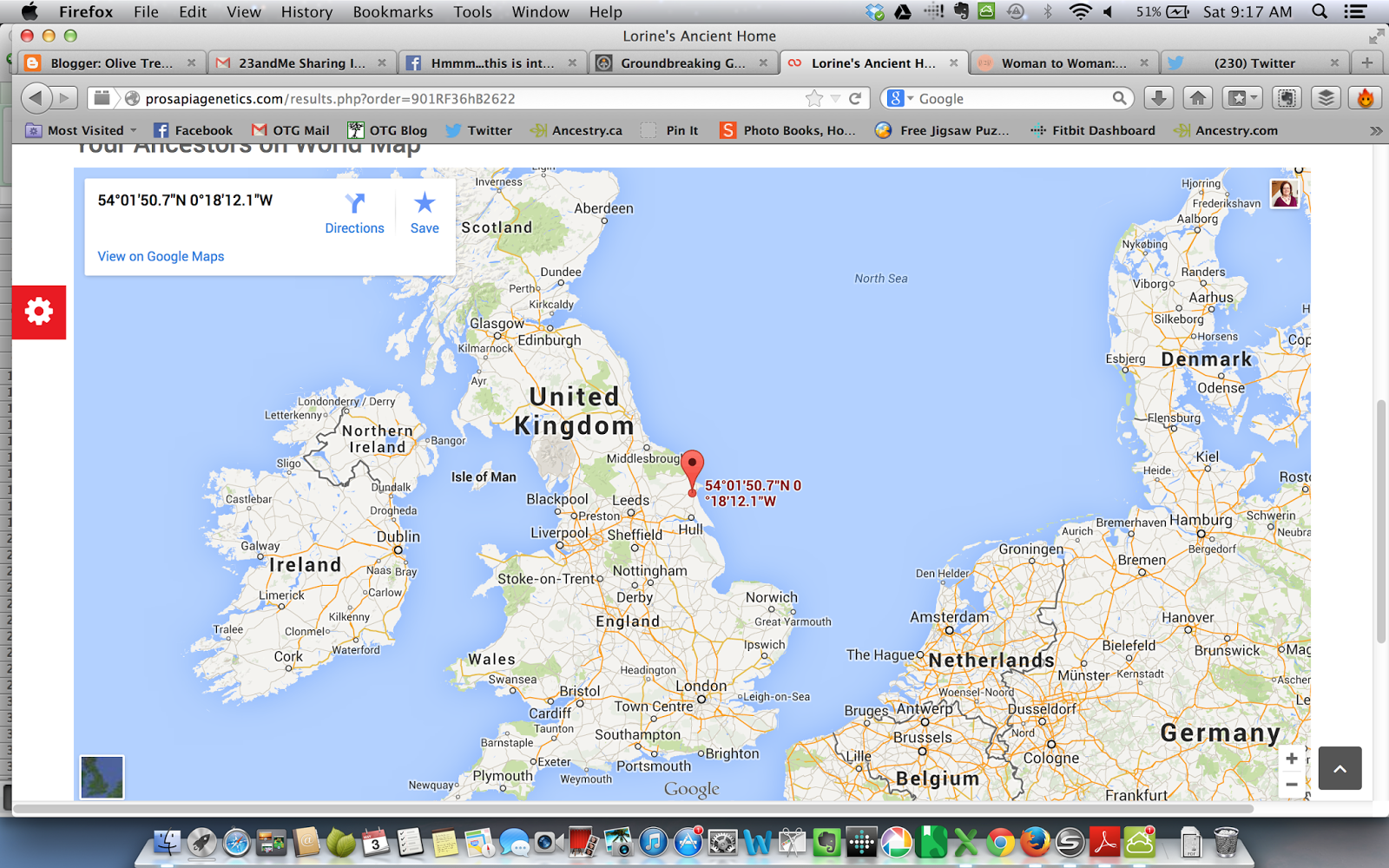 After uploading my DNA data it only took about an hour before I got an email from Prosapia Genetics stating his map was ready. To my surprise all it showed was one red marker in a wooded area in Yorkshire England near Driffield. This was supposedly his "ancestral home".

My mother's lineage is solidly British from Kent England until the 1600s except for one family - the Stead family, who left Yorkshire in the mid 1700s for Kent. Okay at least we do have a known Yorkshire connection. But it's only ONE family out of hundreds of other ancestors.

My father's lineage is Ireland, Holland, Germany, Native American, a bit of French, a smattering of England from Cheshire and Suffolk. I have researched these lines back to the 1600s and there is not a trace of any ancestor from Yorkshire.

There may indeed be other Yorkshire ancestors in our lineage. But Prosapia's result is NOT indicative of my "ancestral home"! That is because there is not just one ancestral home but many when we look at all our ancestors. To my mind the map should have shown me several markers in different countries - in Ireland, in Holland, in Germany, in France, and so on.  I hoped it would show me some specific locations in countries that showed on my Ethnicity results from the different DNA companies I had tested with.

Please don't misunderstand me. I am not saying this is a scam. I'm not trashing the company. I am saying that I think it's incorrect and even misleading to claim that their technology can find an individual's "ancestral home".  I am saying I paid a lot of money for very little. I'm saying I was extremely disappointed in the resulting map.

I would love to hear from any of my readers who obtained a GPS map using Prosapia Genetics. What was your opinion?
at May 03, 2014

At least you got a result for your time, trouble and money. I ordered the same item and for the last four days I have just been getting a notice saying "90%" complete. My e-mails to the support department only get me responses saying it will be done shortly. What a disaster! Clearly, this organization is not ready for prime time!

One thing I will say. Is on their site it says the location they give is based on the average of their data. So you're kind of expecting something they never say they offer. It would be nice tho.

Anonymous - I guess I didn't make it clear enough in my blog post. My point was that one can't take an "average" of one's ancestors.

So while I wasn't expecting a good result, I was still dismayed at what 42.00 and change bought me.

And my wish would have been for several markers, not "an average". That doesn't mean I expected to get that.

Second wish would have been for a more accurate description from the site as to what the customer is really getting - and that is not one's ancestral home but rather one of MANY ancestral homes.

That's not very good customer service! Is there a phone number you can call?

I'm glad to see I'm not the only one who got sucked into this. It certainly makes no sense upon a little reflection, but sounded so intriguing. My result was a point at the geographic center of the Western European genetic region (as depicted by Ancestry). Which makes sense, but the precise geo-location (in the woods at the French-German border has no significance as far as I can see.
Also: When I did a second upload (shame on me) for my wife, I too got a hung process at "90% complete". I asked for a refund and got one (or so I'm told by PayPal, nothing yet on the credit card site).

I thought it made a lot of sense actually....genetics is very complex but fascinating. I enjoyed the test.

I did the Prosapia test and was very disappointed. For $43 all I got was
a dot in the middle of the North Sea. (3 of my grandparents are from the north of Scotland and one from England. )

I wish I could get my money back.

According to both ancestry.com and 23andme, I am almost exclusively of northern European descent, with about 50% attributable to the British Isles, 20% Scandinavian, with the rest non-specific northern and northwestern Europe. Genealogy research shows most ancestors of the last 500 years came from England or Ireland (to the U.S.), with much smaller numbers from the Netherlands, Germany and France. Prosapia Genetics gave me a red dot in northeast Albania!!!?????

I also did this test, but chose the $29 one. I just wanted to see what it was, as it doesn't seem logical. It showed Germany as my ancestral home. I posted a message asking how they come up with that, as I do have one line for certain that came from Germany but most all of my ancestors were from England. Anyway, the question was posted, one person had responded to my post but I hadn't had time to log in for a few weeks. Now that message has disappeared - along with most questions that were on there. Apparently they can't take criticism or answer questions.

I am saying it is a scam. I just received my results and just that a single location in the middle of the ocean. I am contacting my bank tomorrow to stop my payment from completing the transaction.

My Heritage according to 23 and me is 79,6% British/Irish along With Northern European, Southern European and 2,7%scandinavia and 3,9% French/german. After being dissatisfied With the results i received from •Prosapia Genetics, (i was GPS positioned in the middle of the North sea), the Company offered me another test analysis at no extra cost which i accepted. I have received the following response..

We performed a computational search of multiple genetic markers in your genome that are typical of various population groups. We find that your markers are mostly consistent with Danish (60%) and Alsatian (25%) markers, and to a lesser degree with markers seen in Lebanese Christian population group (14%). There are no other significant matches. This combination explains the initial attempt by the software to place your origin in an unspecified Northern European region. We note that our findings are not completely consistent with those reported for you by 23 and Me. One possible reason may be the sizes of reference databases used by us and by 23 and Me; in our case, the database is much bigger. Hello somthing is afoot here Watson !

I don't pay but I was scammed by uploading my data to their website.

They now have another "Remix" result which gives multiple locations and seems more accurate than the "GPS" result. You can get it for free if you already paid for the GPS result.

That's not the only issue Prosapia reports have (perfect name, you're a sap if you fall for it). They now provide a list of percentage-based admixtures, though nothing like you can get for free at GedMatch, which are probably far more accurate as far as what they claim to tell you, and can't tell you. Prosapia's system currently produces a "report" in the name of whoever pays for the test, regardless of who you enter in on the upload data page as the actual DNA test subject. I tried to get them to correct this, several times, and they only responded once, with a simple acknowledgment that they had "received" my support request, when I questioned why they hadn't responded after a week. I even told them exactly what was wrong with their system and how to fix it, which would have been very easy for anyone who knows how to program to do, which apparently their "support" staff doesn't seem to be able to manage. Ditto for my request for a disclosure of what datasets they had used to produce my report. Since that first "request received" response, NO response whatsoever, including my request for a refund, since they failed to deliver even a usable test. Professional Saps, indeed.