No. 3 of My Top 10 Genealogy Mysteries - Death of Cyril De Meulenaere 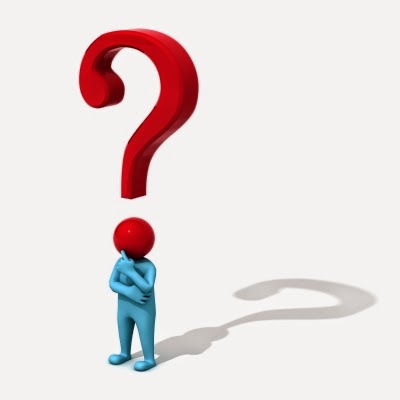 A Facebook friend recently posted her top 10 Genealogy Mysteries.  They aren't brick walls because there is probably an answer somewhere, just waiting to be found.

I thought this was a great idea and I am following suit with my Top 10 Genealogy Mysteries. Of course any help or suggestions for further research are welcome.

My husband's great grand uncle Cyrillus (Charles) De Meulenaere was born in Tielt Belgium in 1888. On 27 February 1937 he died in Detroit Michigan. The family lore has always been that he was killed - stabbed to death outside a bar in downtown Detroit.

Here is what I've been able to find out about Cyril (Charles):
I contacted Mt. Olivett Cemetery , Detroit Michigan where Cyril is buried. Here is their information:

The cemetery owns the grave and buried him for free due to a financial hardship of some sort.  They did not have an address of where he lived at the time.  Below is all the information that the cemetery had for him:


Next step was to contact the funeral home and the church.


Cyril Demeulenaere
Age 45, passed on February 27, 1937
Born in Belgium
Buried at Mt. Olivet Cemetery in Detroit, Michigan
Funeral Services held at Our Lady of Sorrows Church on March 3, 1937 at 10am.


Our Lady of Sorrows Church burned down 1963 but I found the new church where the parish and the records went. They also replied to my email with this information:


Our Lady of Sorrows death records indicate that Cyril Demeulenaere died on February 27, 1937 and was buried March 3, 1937,at Mt.Olivet cemetery here in Detroit following a mass at Our Lady of Sorrows celebrated by Rev. H. Syoen. There is no further information listed.


I would like to know exactly what happened to Cyril!  There are two things I am hoping for:

1. An obituary or death notice or newspaper article about Cyril's death on 27 February 1937. I'm willing to bet there is a write up in a Detroit Newspaper. If anyone has access to these papers, I'd be very grateful for help. They don't seem to be available online.

2. A photo of Cyril's grave at Mt. Olivet Cemetery. Does anyone live near that cemetery who might be willing to take a photo for me?

Hi Lorine, Find a Grave said it was in the Pauper's section no marker. They were to send me a pic of the area, but have not received it so far.
Judy

Since Cyril has a Find-a-Grave memorial [http://www.findagrave.com/cgi-bin/fg.cgi?page=gr&GSiman=1&GRid=119979287 ], it would be easy to add a photo request there. (There is also a memorial for Augusta DeMeulenaere Sells [1878-1942] at the same cemetery, which already has a photo). Cyril's section is all flat stones (from looking at the satellite view and other stones in that section at BillionGraves), so new photographs from Mount Olivet will probably have to wait for spring.

In a few weeks to months The Dtroit News archives will be available online through the Michigan archives. I was reading about it last month & tracked down the article to make sure I was right: http://www.detroitnews.com/story/life/2014/10/20/detroit-news-archives-caitlin-library-archives-michigan-historic-photos-detroit-michigan/17638401

Our Cyril died in 1937. That's a different guy but thank you for thinking of us

Another thing you might try is to request a death certificate from Detroit. That would show cause of death, which would answer whether he had been killed or died in another way. BTW, I am the grandson of JC Cornillie, who founded Cornillie Bros, and I am curious as to where you found the picture of the moving van.

Mark, thank you for your suggestion of a death certificate. My husband's cousin sent me the photo of the moving van so I will ask her where she found it.

Have you solved this mystery yet? I have a 1940 booklet published by the Belgian American Businessmens Association that lists all of their members and they type of business they were involved in. It lists Cyriel Demeulenaere as the owner of a Beer Garden at 3195 Hall Ave, Detroit Mich. They published these frequently. I would think they knew when their members passed away. Let me know if this is still an unsolved mystery.

It is still unsolved. Thanks for the info you provided!

My sister in laws gr grandfather was also believed to be killed in a fight. At the seekingmichigan.org site you can view death records under the Discover button. I have looked for your relative and my sister in laws and neither is there. I wonder if for some reason they wouldn't make that available to the public. You may have to just order it. ALso, the Detroit News Indexes can be found at seekingmichigan.org also. They are only indexes and not the newspaper story but they do tell a little bit. Think I found my sister in laws grandfather but cannot find your relative. I did not try any name variations.

I will be going to Mt Olivet Cemetery on Saturday May 28th. I have several ancestors who I believe may be in unmarked graves. I sent the cemetery an email to ask if they would look up my graves and let me know if they are marked. I added Cyril to the list. They responded by saying that all the graves I asked about are unmarked. They will flag the graves so I can find them when I go. Cyril's grave will be marked with a pink ribbon. I have about a dozen graves to visit but will try to get a photo of Cyril's grave for you.

Thank you for all your time and trouble to do this Richard! Cyril's relatives appreciate it so much! I'll tell my husband and his aunts, they will be thrilled

Hello Lorine. Got your photo yesterday. Let me know how you want me to send it. Wasn't sure if I could post it here or if you would want me too.

Thanks Richard! Can you email it to olivetreegenealogy@gmail.com please. So exciting! Thank you!