The Story of Toronto's Oldest Home and an Electrican 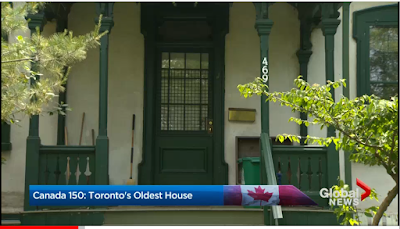 This may be Toronto's oldest home. It sits at an odd angle on a residential street. Other homes on the street are tall and narrow but this unassuming stucco home is a wide bungalow.

A recent visit by an electrician revealed that behind the stucco were, not red bricks as expected, but old logs. 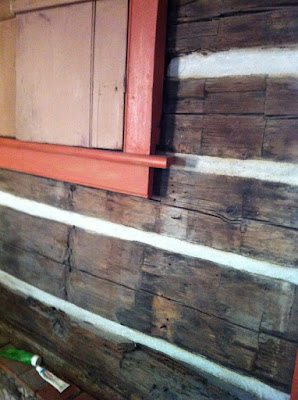 
A search of land records revealed that the original owner of this log home was the Loyalist John Cox who was granted the land in 1796. The log home was built sometime between 1796 and 1807 when John Cox died and his widow Mary sold the land.

In April of 1813, the house shuddered as the fort’s magazine, which held hundreds of barrels of gunpowder, blew up. British troops, forced to abandon the fort to attacking Americans, had set a fuse to the magazine before fleeing. [Global News story] 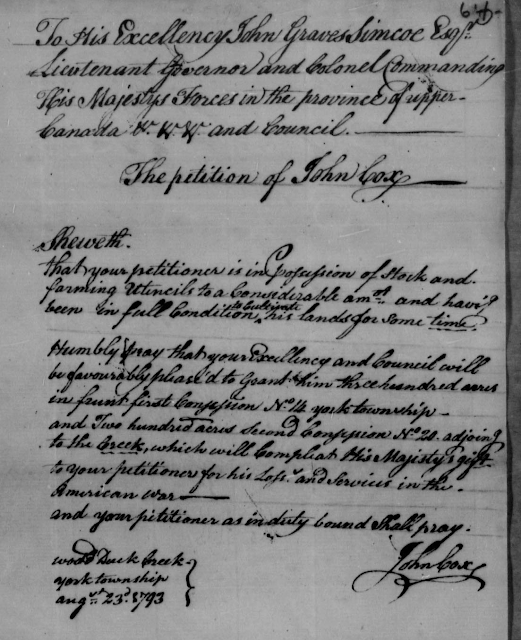 1793 Petition from John Cox for land

Global News has the full story at How an electrician’s visit led to the discovery of Toronto’s oldest home
at July 03, 2017